Every drum microphone you need for capturing the whole kit

A symphony of microphones working together. 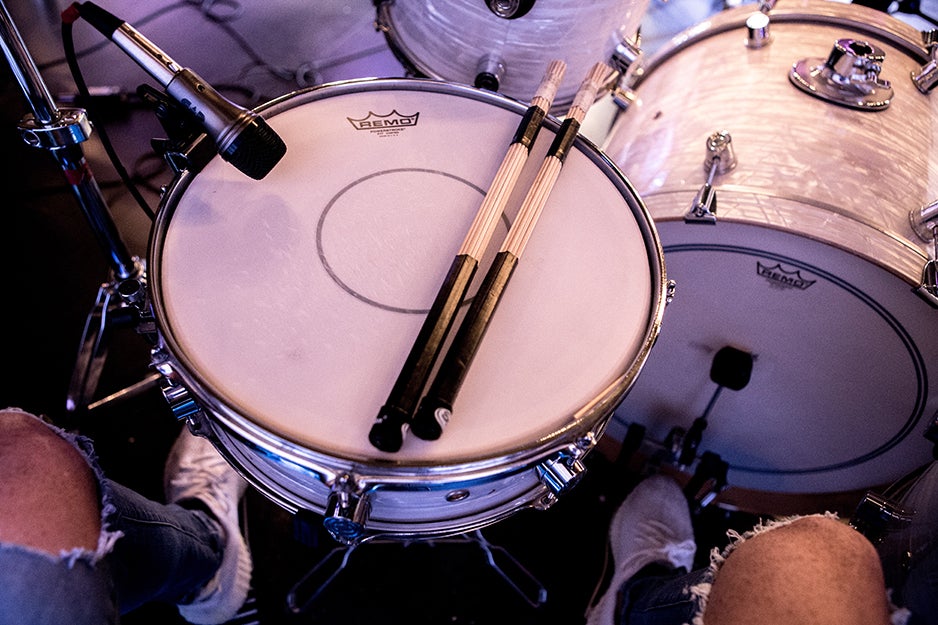 There are many ways to capture and record the sounds of the beloved drum kit. Being that drums have been the backbone of most popular music for the better part of a century, microphone tech has evolved to capture their dynamic nuances, ensuring that the recorded beats translate all the head-bopping and toe-tapping goodness of the live performance. From condenser microphones on the cymbals to dynamic microphones on the drum heads, each component of the kit is best served by a different kind of microphone. When they’re properly set up to work in harmony, the end result is a recorded product that’s truly greater than the sum of its parts.

Here’s a list of some of the best drum microphones available right now.

The D112 is the modern incarnation of AKG’s D12, a classic kick drum microphone that’s been a staple in pro studios since the 1950s. It’s tailored specifically to capture the low frequency oomph of a kick drum as well as the “click” of the kick beater against the head at around 2.5 to 4 kilohertz. It’s great for both stage and studio applications and is equipped with an integrated and flexible stand mount so you can place it where you please. Bonus: it’s also great on electric guitars.

If this microphone looks familiar, it’s probably because it’s simply the quintessential snare drum, vocal, and electric guitar microphone from stage to studio, and has been since 1937. The Shure SM57 sports an extremely durable metal chassis that enables close proximity to flying drumsticks and keeps it functioning perfectly after any drops, hits, or other common mishaps. Its frequency response has a very slight scoop out of the mids and a slight high boost, making it perfect for capturing the impact and crack of a snare drum. As stated above, it’s also super versatile, making it a very cost-effective microphone when all is said and done.

The MD-421 from Sennheiser is a large-diaphragm dynamic microphone that’s perfect for capturing the attack and weighty resonance of toms and other mid-to-low frequency drums. They’re extremely durable inside and out, with a diaphragm capable of handling a sound pressure level of up to 160 decibels, making them an ideal choice for translating the boomy, loud thwack of toms. The highly-directional cardioid pattern is the icing on the cake because it’ll focus the microphone wherever you point it and help reject the sounds of cymbals and the rest of the kit.

While dynamic microphones are perfect for capturing quick and snappy sounds, condenser microphones are the preferred method of capturing the nuances of smoother, more detailed elements like cymbals, making them great for overheads. These pencil condensers from Samson come in a set of two, so you can set one up above either side of the kit and capture a stereo image of the whole enchilada. They come with custom shock-mounted clips and a carrying case. They’re small too, so they won’t interfere with the drummer’s line of sight.

To record a natural drum sound, the oft-overlooked room microphone is the last piece of the puzzle. Sometimes called the “front-of-kit” mic, this microphone sits away from the kit at some distance and captures the ambient reverberations in the room, lending a realistic sense of space and depth that would otherwise be missing from a kit recorded only with close-up microphones. The AKG C414 is a super-detailed and versatile large-diaphragm condenser that’s perfect for this function, and its five selectable polar patterns mean that you can even use it to capture a 360-degree aural image of the whole room. The icing on the cake is that it performs just as well on vocals, guitar amps, overheads, stringed instruments, and more.