Classic international games to add to your collection

Put down those checkers and listen to me: there are better games in the world. 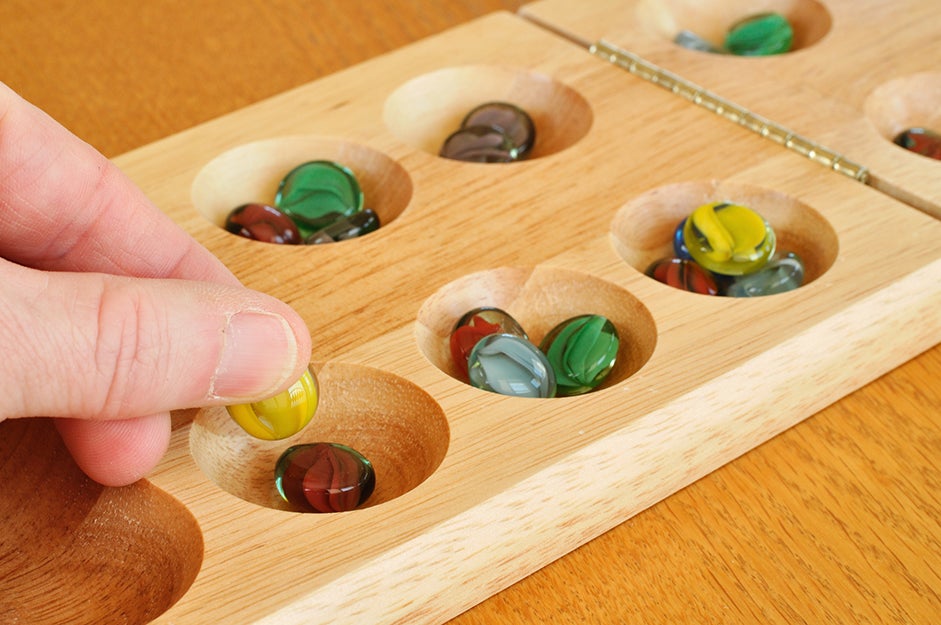 Games are an excellent way to reinforce and work through social dynamics. Hands-on, interactive games are also just a fun way to pass the time, and a unique way to bond with friends and family. Below, a selection of classic games from around the world.

Mölkky, invented at the end of the 20th century in Finland, is an easy outdoor game for all ages and strengths. Players use a wooden pin to knock down other wooden pins, marked with numbers from 1 to 12. Players gain points according to the pin knocked over, and the first one to reach exactly 50 points wins the game (scoring more than 50 pushes one back to 25 points). This set is made with European hardwood and is a surefire way to entertain your family and friends during a day on the beach or out in the country.

Go is a Chinese game once considered one of the four essential arts of aristocratic Chinese scholars. The aim is to cover a larger territory of the board than your opponent, but despite its simple rules, the game is complex and takes a while to master. This traditional set is made of a bamboo board and comes with 361 stones and two bamboo bowls.

Mahjong originated in the Qing Dynasty, and it requires four players (no more, no less) to get the party started. The game is played with tiles based on Chinese characters and symbols, and each player starts with 13 tiles. As the game commences, each player draws and discards a tile, with the aim of getting four sets and a pair. This set comes in a shimmery gold and a handy wooden carrying case.

Mancala is one of the world’s oldest games that is still widely played. Two opponents sit on opposite sides of a board carved with two rows of holes. The players move pebbles around it according to a set of rules. At the end of the game, whoever has accumulated the most pebbles wins. It’s more fun than it sounds, and the soft clink of the pebbles hitting the wooden board is one of the most satisfying noises that exists.