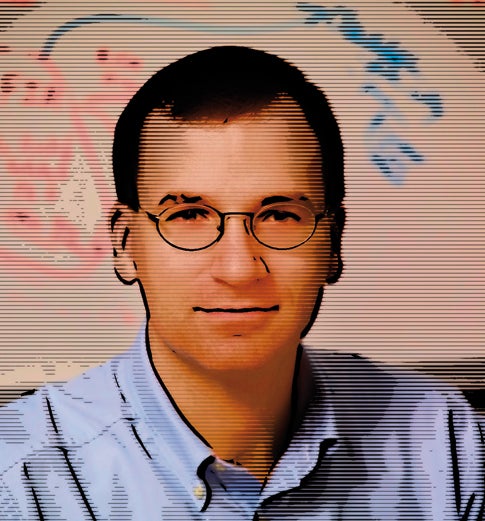 When he was 12, John Santini’s ankle swelled up to the size of a grapefruit. Several hospital visits later, he was diagnosed with lupus, a chronic disease marked by the immune system’s attacks on healthy parts of the body. He learned he’d have to take medication indefinitely. But he has used his condition as inspiration, and has spent his life devising a completely new way to deliver drugs.

Santini is the co-founder and CEO of MicroCHIPS, a Massachusetts-based company that builds electronic devices that are implanted under the skin. These “chips” sense changes in body chemistry or deliver medications when needed; small wells pop open to release a drug or invite body fluid in to be analyzed and monitored. The chip is about the size of a dime, and it sits in the body in an Oreo-size pack with an antenna and simple electronics so that patients can trigger it with a small wireless remote.

Next year, the company will test its first glucose-monitoring chip for patients with diabetes in human clinical trials (it works well in animals). The chip, which monitors glucose levels continuously for a year, is much more precise than finger-sticks, so it minimizes risks for diabetic complications like blindness and kidney failure. Clinical tests for a chip that releases daily doses of an osteoporosis drug will also begin next year.

Santini envisions future chips that could look for the biological signatures of heart or kidney failure before they happen. Smaller biodegradable versions could also be injected, without the casing, straight into the body to release drugs or multiple vaccine doses over time. And although they’re not yet ready to handle his lupus, he’s just getting started.