He plugs straight into the brain to map our thoughts, neuron by neuron 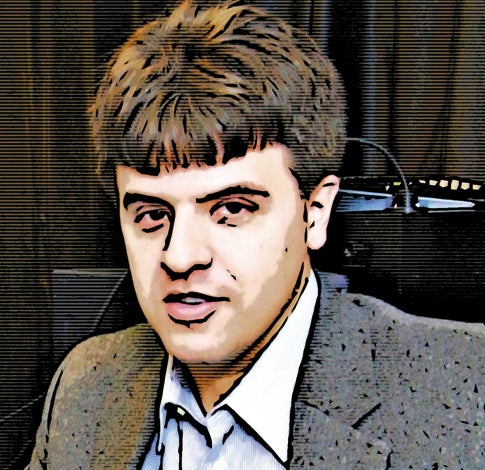 “Here’s what happens when we turn on the light,” Karl Deisseroth says. He points to a mouse, ordinary save for the thin optical fiber protruding through its skull. When a lab tech presses a lever, blue light shoots through the fiber, and the mouse — which had been sauntering straight ahead — starts to run in circles. “He’s doing that because the blue light turns the neural circuit on,” Deisseroth explains. “As soon as we stop the stimulation, he’ll walk straight again.”

It’s a feat that would have astonished Orwell: Deisseroth is dictating the mouse’s behavior from the inside out. The secret is a class of light-sensitive proteins called channelrhodopsins that occurs naturally in algae. “The postdocs go to Half Moon Bay [on the California coast] to collect it,” Deisseroth says. “It’s basically pond scum.” When exposed to light, channelrhodopsins help regulate the flow of sodium into a cell, which determines whether or not a neuron fires. By incorporating the gene that generates the pond-scum proteins into mouse neurons, Deisseroth has devised a way to activate and deactivate the neurons as easily as flipping a switch.

Deisseroth has no interest in a 21st-century mind-control campaign, however. He’s trying to get a handle on the fundamentals of brain function. When he turns his neural circuits on and off, he can observe exactly what behaviors those circuits control. “We know how the heart works. It’s a pump,” he says. “But with the brain, we don’t have that kind of model. We can’t even imagine one.” Deisseroth’s fibers will let researchers explore what the brain does on a neuron-by-neuron level. “Karl’s big breakthrough of using light to map the function of neural circuits will allow us, for the first time, to really know how the brain works,” says Duke University neurobiologist George Augustine. “This has been a big problem for more than a century. He’s poised to blow the field wide open.”