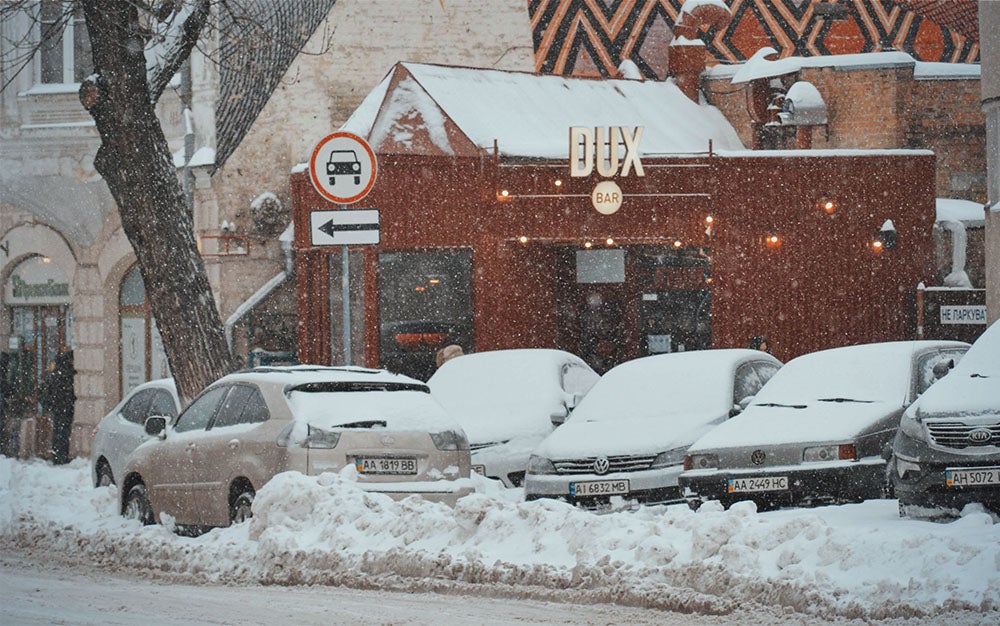 Choose the best ice scraper with our handy guide.

Whether you live in the Northeast and are used to autumns, winters, and even springs full of shoveling and scarf-wearing or are a resident of sunnier climates where winter storms pop up irregularly, bringing great chaos with them, there is nothing worse than getting ready for work only to realize you have to use a spatula to get the ice off your windshield. But having a purported snow-removal tool does not always mean you’re prepared to get your vehicle into a safe driving condition. Many of the plastic ice scrapers you’re likely to pick up at the local convenience or big-box store are not generally up to the job of removing thick sheets of ice. When it comes to the best ice scrapers, you’ll, at the very least, want to make sure you have a metal scraper that won’t damage your windshield. The best ice scrapers have features that might better prepare you for serious winters including a brush, the unconventional “magical” scraper design, an ergonomic scraper, a heated blade for stubborn ice, and even a built-in glove.

You could try a windshield snow cover, but most people go with a trusty scraper. Check out our picks for the best ice scrapers.

At 26″ this ice scraper with snow brush allows you to comfortably reach ice on the far corners of most sedan windshields. A foam grip gives you the security you need while scraping thick ice and the 4″ scraper blade features tough ice breakers that won’t give in to stubborn ice mounds.

If you regularly deal with lake-effect snow or squalls, this magical ice scraper is right for you. Its wide side quickly removes snow and light ice while its thin side takes care of thicker buildup. It also pulls double duty as a funnel should you need to add some anit-freeze, windshield washer fluid, or oil. We don’t recommend relying on magic scrapers in areas where thick ice and heavy snow are a regular occurrence, but it’s nice to have them around for lighter snowstorms.

This heated ice scraper wins major points for its 15-foot cord that keeps this 12-volt scraper charging as it melts and scrapes around your entire car. A built-in LED light comes in handy if you have to remove ice and snow late at night or early in the morning.

Best with a glove: Ice Scraper for Car Windshield with Mitt

At 14.5″ long and 7.4″ wide, this handy ice scraper with glove combo fits easily into your glove box, making sure it’ll be there for any surprise snowstorms. The mitt has a modern plush feel, soft thick fleece, and an elastic band to make sure it stays put during intense scrapings. The scraper is removable should you find yourself needing to shake hands. But most importantly: Your hands won’t go numb on you while you’re trying to get the job done.

You just can’t beat the original. And this CJ Industries ice scraper with brass blade certainly proves that point. The brass blade won’t rust or wear down and it won’t scratch your windshield wither. It also makes short work of thin ice and snow. You’ll probably want to buy a snow brush to clear your windshield before going to town, but that inconvenience is mitigated by knowing your scraper will get the ice off.

Snow Joe’s 4.8″ brass blade with a long handle does a fine job cutting through the kind of thin ice you get in typical storms. At $5, there’s no reason not to pick one of these up if you just need something quick and cheap. While it won’t hold up as well against thick ice build-up, it’s great when you need to remove snow from a car so you can scrape and go.

Things to consider when buying the best ice scrapers

Friends don’t let friends drive with icy windshields. Check out these five things to consider before buying a snow scraper and you’ll be ready to battle mother nature.

Ketchup and fries, Abbott and Costello, Jagger and Richards got nothing on this legendary duo. Even the best ice scraper can’t do efficient work on your windshield until loads of fluffy white stuff are swept away. So why not get two birds with one stone by buying an ice scraper with a snow brush? This handy combo tool often comes with an extended, easy-grip handle that allows you to clear the windshield of compact cars and oversize SUVS equally well.

Yes, the “magical” car ice scraper really does have superpowers

Don’t let the fact that Magical car ice scrapers look like a quest item in a steampunk RPG throw you off. Their unique design makes for quick and easy ice removal. The large funnel end scrapes thin layers of ice off in a few simple motions, while the thinner, meat-hammer-resembling end does serious damage to stubborn ice buildup. Designed ergonomically to allow the user to remove ice and snow with both forward and backward arm motion, these devices do serve as more convenient replacements for traditional scrapers in some situations. However, they don’t tend to work well in extreme cold and against thick ice. Depending on the materials used, these scrapers also tend to dull fairly quickly, especially on the end meant for heavy-duty ice work.

Super-thick ice is no match for a heated ice scraper

Remember in the introduction when we mentioned being stuck in a position where you have to use a spatula as an ice scraper? Well, we like to think that situation might have been what led to the invention of the heated ice scraper. Someone was cooking eggs one morning when they realized that windshield wasn’t going to scrape itself, and voila: the heated ice scraper was born. And they get the job done: Professionally designed heated scrapers won’t scratch your windshield while they melt ice away, and they generally plug into your vehicle’s cigarette lighter for quick charging. Some even come with built-in flashlights to help you fight the ice at night. Given that these scrapers need to be plugged in, you’ll want to make sure that the power cord of any heated scraper you buy can reach your front and back windshields. Other considerations include the fact that your car must be running to heat the charger, and that it can take some time for these scrapers to warm up to a useful temperature.

Why a basic ice scraper with brass blade still wins

Yes, there are tons of windshield ice scrapers with extra features to make a frustrating chore a bit more bearable, but sometimes there’s just no reason to mess with a winning formula. An ice scraper with brass blade provides reliability, in that it won’t rust or chip, and great utility, in that it will cut through thick ice like a charm. It’s best to make sure you’re getting a scraper that is big enough to handle your windshield or you’ll spend more time in the cold than necessary.

Always forget your gloves when you go out to scrape and wind up within an inch of frostbite? Then maybe you need the windshield ice scraper with glove combo. Ice scrapers aren’t generally complicated tools, so adding a glove is a fairly simple proposition. You’ll want to make sure the attached glove actually fits your hand and that the attached scraper is big enough to get the job done in a timely fashion for your vehicle. Many of these are sold as a two-pack so that you can put both hands to work.

What you get for under $5

As with any product, frills cost. But in terms of ice scrapers that cost usually isn’t too much of a burden. However, windshield ice scrapers are generally simple tools for a reason: their function is not a complex one. A classic brass-bladed snow scraper gets the job done, plain and simple. Well, at least most jobs. For under $5, you can get a solid scraper that will work in most situations. It doesn’t come with a comfortable grip or an ergonomic handle. And it likely won’t survive very long when it’s used for the toughest of jobs.

Q: How to use an ice scraper

To use a windshield ice scraper safely you want to press down with light to moderate pressure at the edge of the ice buildup and push forward. You should never tap or hit ice on your windshield to break it up, as that can easily lead to a windshield crack.

When used properly, ice scrapers are not bad for windows. Remember not to tap or hit your windshield and apply only moderate pressure. Many auto-glass experts warn not to use metal ice scrapers. Brass is the exception because it’s softer than glass and will not scratch it, if used properly.

Q: What is the back of an ice scraper for?

The backs of most ice scrapers are designed to weaken ice by creating divots that can then be more easily broken up by the other side of your scraper. So you’ll want to pull the back of your scraper over the ice on your windshield first, before using the flat side to remove it.

Ice scrapers are not often expensive tools and there is no reason they should be. That means conveniences like an attached snow brush, ergonomic handle, and other quality-of-life upgrades are likely to be affordable. Other enhancements such as built-in heat usually come with a greater cost, but can also save you time. Bottom line: The best ice scraper is one that can handle your windshield and that you can wield comfortably.