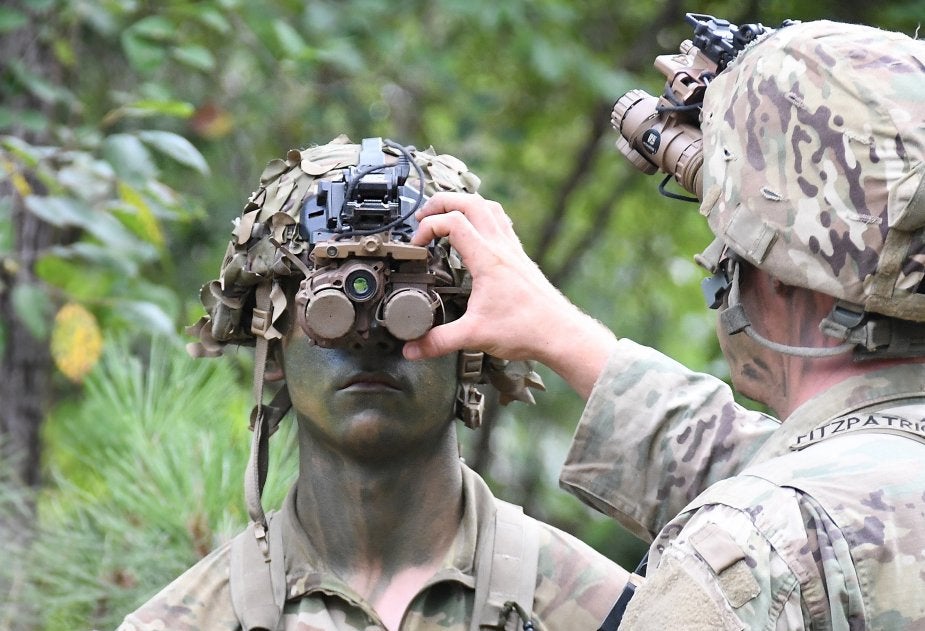 In the 2009 video game Halo: ODST, the player sees the world through a visor that outlines objects, friendly soldiers and alien invaders so as to make them easier to see in the darkness. It looks like the Army really took that concept and ran with it, since its new night vision goggles trace the outlines of soldiers, weapons, trees, walls and even machine gun fire with startling clarity.

The Army’s Lancer Brigade tweeted footage of the new Enhanced Night Vision Goggle-Binoculars on Thursday, showing troops walking in a field, firing mortars and machine guns and generally looking cool in the eerie glow of ENVG.

“You have never seen night vision like this!” the brigade tweeted.

Indeed, the tweet on Thursday comes after years of work by the Army to revamp its night sight game. The US military does not have the war-winning monopoly on night vision that it once had, and now America’s adversaries have easy access to some of the same technology. That means the Army has to “buy back the overmatch” by producing better, more useful devices that can see better at night, share video feeds with other operators, and relay data from the battlefield, as one scientist told Task & Purpose in 2017.

For example, the ENVGs allow users to see through rain, fog, sleet or dust, and it also has a thermal setting which makes it effective during the day. Its ability to outline silhouettes would help troops pick out a target peeking out from behind a barrier or tree.

In one of its tweets, the Lancer Brigade explained that the outline mode was one of several settings to choose from in the ENVG-B. Last November, the 3rd Infantry Brigade Combat Team of the 25th Infantry Division showed off another setting which displayed the night-time world as if it were bright as day, albeit with a reddish/gray tint. The googles were integrated with another chunk of new tech, the Family of Weapons Sights-Individual. The FWS-I is usually mounted on a weapon, so you can poke it around a corner and see what’s on the other side without putting your noggin on the line.

A soldier’s goggles can display the feeds from both the ENVG-B and the FWS-I at once, so technically soldiers can see in two directions at the same time if they pointed their FWS-1 behind them or to the side. Take that, Mad Eye Moody.

Fancy night-vision is one of several sci-fi-looking headgear contraptions that the Army’s churning out. Another is the Integrated Visual Augmentation System (IVAS), a Daft Punk-esque visor that acts as a heads-up display for the soldier wearing it. IVAS could help soldiers translate written foreign languages on the spot; help with land navigation, identify targets, gauge soldiers’ temperatures for medical purposes; coordinate fire support; see through the sides of the armored personnel carriers they’re riding in and, of course, display the wicked cool night vision from ENVG-B and FWS-1.

It’s a lot of initials, but IVAS plus ENVG-B plus FWS-1 could be a 10/10 combination to help the military ‘own the night’ like never before, just like any player of Halo: ODST did while fighting the evil Covenant fleet in the ruins of New Mombasa.