How does an ultramarathoner beat the Arctic elements? 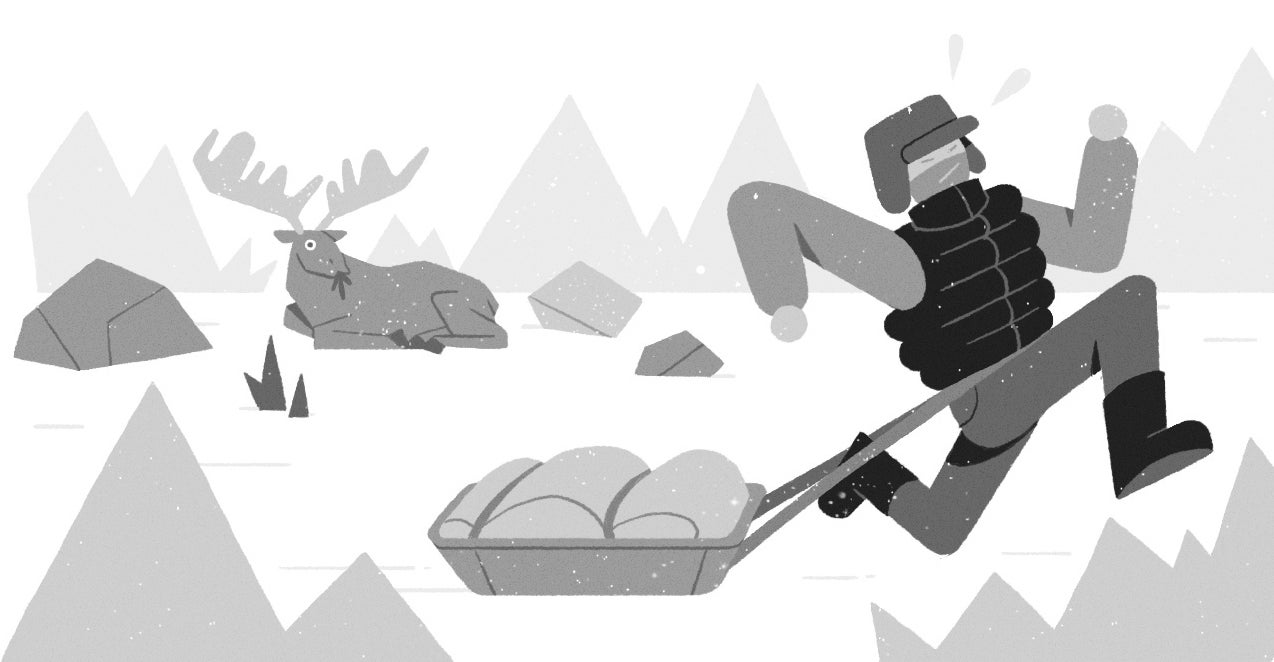 When giant herds of reindeer are part of the running course. Pedro Piccinini
SHARE

Robert Coker is an exercise physiologist at the University of Alaska Fairbanks. Here’s his tale from the field as told to Claire Maldarelli.

The Montane Yukon Arctic Ultramarathon is no ordinary foot race. The 430-mile winter trek across Canada’s Yukon Territory can last up to two weeks, with temperatures as low as minus 40 degrees Fahrenheit. I’ve been studying how participants’ bodies respond to this extreme haul since 2015.

You can’t go into this unprepared—even if you’re just collecting data. I pack additional warm clothes, sleeping bags, and food because lots of things can go wrong in such an extreme environment. In 2017, as I made my way from my home base in Fairbanks, Alaska, to the race 600 miles south in Whitehorse, the temperature was so low that the oil cap seal on my SUV burst, and I unknowingly traveled much of the way without any oil in my engine. Fortunately, I didn’t have to break out my bedroll: The cap somehow resealed itself, and I was able to continue once I added oil. I’m still driving that car today.

Athletes obviously face even more danger. If they so much as remove a glove, they risk frostbite within minutes. Plus, it’s impossible to replicate the environment in training, so the race itself is an incredible feat, for even the most prepared ultramarathoners. My team of researchers took health assessments at baseline, at two checkpoint stations, and at the finish. Given the enormous challenges, I predicted that participants would lose a lot of lean muscle mass as their bodies burned it for energy. But despite the intense cold and caloric expenditure, that didn’t happen. We found that runners completely preserved their muscles throughout the race, and selectively used and lost fat mass—a much healthier outcome.

Ultramarathoners use three to four times more calories than the average person, so extrapolating this to the everyday jogger is difficult. But the results are a reminder that our bodies, much like my car, were made to move.

exercise
fall 2019
out there
outdoors
Sports