The Mouse That Runs Anywhere

Testing the first mouse designed to work on nearly any material, from shiny desks to shaggy rugs 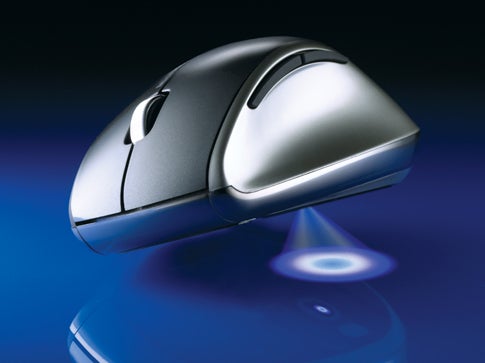 THE TECH
To calculate their position, most mice use a red LED or a laser to light up a surface, take thousands of pictures per second of the shadows cast by the surface’s microscopic bumps, and then analyze the differences between shots. But that doesn’t work if there are no bumps, as on glossy tables, or if a jagged surface, like carpet, traps narrow light beams between fibers. So Microsoft’s Explorer moves the camera sensor forward to capture the light reflected by any surface.

In addition, the Explorer uses a blue LED, evened out with a diffuser. Shining wider than a laser beam and more uniformly than a red LED, it allows the camera to capture clearer, larger images, which should lead to better accuracy no matter what surface the mouse is on.

THE TEST
I swiped the Explorer across just about every flat object in my home, plus some that weren’t so flat, including a red cut-glass plate, a nubby crocheted blanket and my none-too-thrilled cat.

THE RESULTS
The Explorer did better than promised. It worked not only on plush rugs and angry pets, but also on clear glass, one of the two surfaces Microsoft says it can’t handle. (It even tracked sometimes on the other near-impossible surface, a mirror.)