Up to four people can play the Evercade VS at once thanks to USB controllers and a host of old school titles. 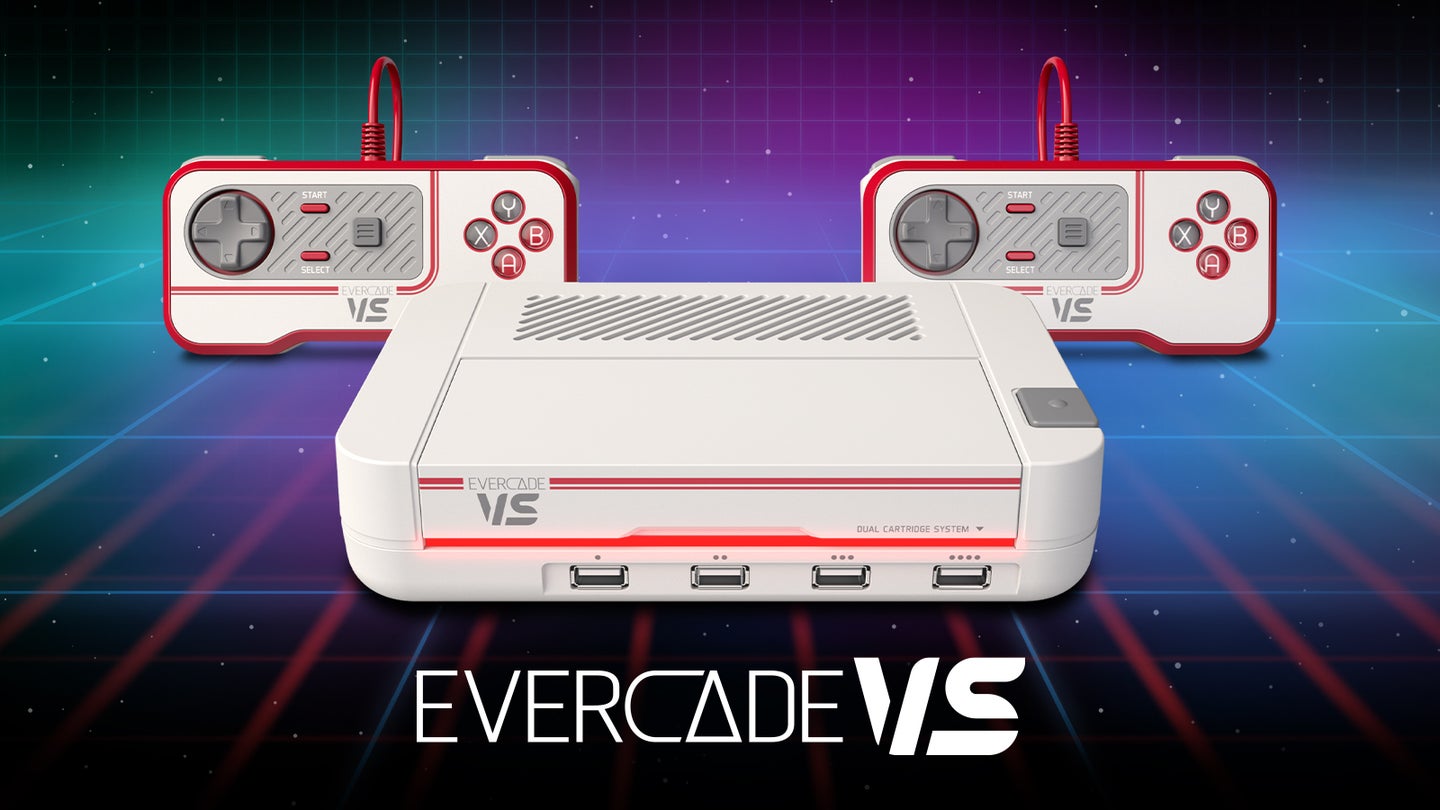 There are plenty of ways to play retro video games right now. Some have become smartphone apps, and emulation software can put them on your PC. Plus, most of the cartridges still work, so you can still go out and buy a physical copy if you really want to. But now, a UK company called Blaze has announced its upcoming Evercade VS console, which relies on proprietary cartridges to hold the gaming code.

It’s not meant to play cartridges from other manufacturers, so don’t expect to plunk your old NES games in and play. Instead, the company releases collections of officially licensed titles you may remember from retro consoles like Atari.

Blaze released a handheld version of the Evercade console back in 2020. It’s a decidedly modern gadget with an HDMI port, a rechargeable battery, and a built-in 4.3-inch screen. But, it relies on cartridges for playing games. The company offered games in collections and players had to actually put the cartridge in the machine if they wanted to play.

The handheld version had its limitations, however. One big drawback was the lack of support for multiplayer games. That has changed with the Evercade VS.

The $99 Evercade VS is available for pre-order now and will reportedly start shipping in November of this year. Of course, pre-orders are always a gamble, but Blaze successfully released the original handheld version, which is a point in its favor.

While the Evercade VS has many modern features, don’t expect it to act like a do-everything gaming machine. It pumps out 1080p graphics, which still pushes the limits of retro games in many cases. It has built-in storage to save your game states, which are transportable over to the handheld console. The VS has wi-fi built-in, but don’t expect to use it to play online or download games. For now, it’s strictly for downloading updates. However, because it’s a connected device, Blaze could add new features in the future.

Each console comes with a pair of familiar controllers, which are slightly more complex than the old NES controllers. There are four play buttons, two more for “start” and “select,” and a directional pad. Bumper buttons on the top of each controller help mimic control layouts from the ‘90s when things started getting more advanced. The controllers attach via USB to the front of the console.  If you buy extra controllers, it supports up to four players at once.

What games can the Evercade VS play?

Unlike the retro consoles, which got very popular a few years ago, the Evercade VS doesn’t come with any built-in games. Instead, you’ll actually have to buy cartridges. The carts typically contain collections of games from specific developers. Right now, the company has more than 250 games spread across roughly 20 cartridges.

Cartridges purchased for the original Evercade will work in the VS’s dual slots, so if you’re already bought into the platform, this will be a natural extension.

The company says it’s planning on extending its offerings down the road. You obviously shouldn’t expect games that belong to Nintendo or other super-high-profile developers to hit the platform. But, that’s not necessarily the point of retro gaming in the first place.

It’s tempting to immediately write the concept off as a novelty. And to an extent, that’s what it is. However, it’s giving gamers a way to play officially licensed versions of old games rather than getting them from the web as sketchy ROMs. So, while you will have to pay for each title, you get some assurance that the blocky graphics and the bleep-and-bloop soundtracks you remember from long ago are faithful to the source material.