Solar canals save water, create energy, and protect natural lands all at the same time. 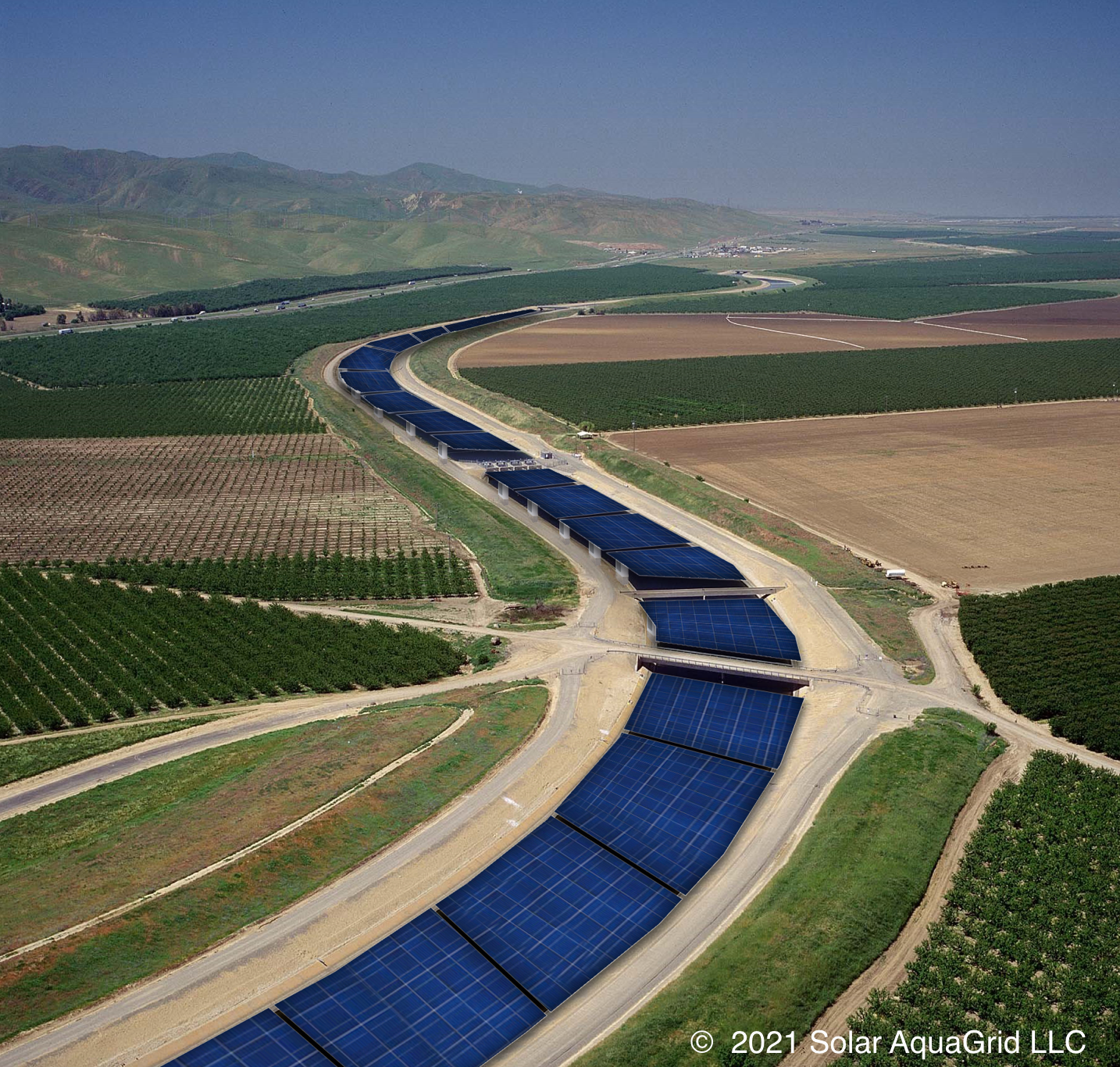 California has around 4,000 miles of canals that shuttle clean water throughout the state. New research shows that these canals can do way more than bringing California’s residents with drinking water—paired with solar panels, these canals might also be a way to both generate solar power and save water.

California’s water system is one of the largest in the world and brings critical water resources to over 27 million people. Brandi McKuin, a postdoctoral researcher at UC Santa Cruz and lead author of the study, found that that shading the canals would lead to a reduction in evaporation of water, kind of like keeping your glass of water under the shade instead of out in the open on a hot summer day prevents evaporation from stealing sips. Putting up a solar panel using trusses or suspension cables to act as a canal’s umbrella is what makes the double-whammy of a solar canal.

“We could save upwards of 63 billion gallons of water annually,” she says. “That would be comparable to the amount needed to irrigate 50,000 acres of farmland, or meet the residential water needs of over 2 million people.” Water is of especially critical importance to California, a state regularly stricken with drought.

So why don’t we cover up our water canals already? Micheal Kiparsky, the director of the Wheeler Water Institute at the UC Berkeley School of Law who was not involved in the study, says while the water savings from solar canals may sound really great, they are modest when considering the scale of the project. “Water might not be enough of a motivator to tip the scales to do this for the whole state,” he says.

Beyond just cooling down canals, those solar panels can pick up loads of energy from being out in the open sunlight. While the analysis didn’t measure how much capacity these solar panels would have, McKuin estimates through a “back of the envelope” calculation it would be about 13 gigawatts, or “half the projected new capacity needed by 2030 to meet the state’s decarbonization goals.” With that kind of electricity,  there is a possibility that diesel powered irrigation pumps, which do a number on air quality, could be replaced.

Kiparsky finds the idea of tying electricity generation with the water system that uses a vast amount of electricity intriguing. “I like the idea of making things internally renewable,” he says.

Aquatic weeds also plague canals and can bring water flow to a standstill, but the researchers found that by adding shade, and decreasing the plant’s sunshine slashes the amount of weed growth. McKuin says preventing weed growth would also lighten the load for sometimes costly mechanical and chemical waterway maintenance.

While this study is a “modeling exercise” to show the potential of this idea, McKuin hopes this analysis will inspire utilities, as well as state and federal agencies, to test it out on the real waterways. So far, the only test cases of suspended solar panels are in India. In the city of Gujarat, a “canal-top” solar power plant cost over $18 million in 2015 but has saved 16 hectares of land and trillions of gallons of water. In other locations, where flowing water is not critical, floating solar panels have been installed on reservoirs and lakes around the world in places such as Japan and Indonesia.

Placing solar panels above existing canals can also spare untouched natural land that is frequently slated for sometimes expensive or environmentally destructive solar panel installations. “I think one of the important parts of this story is that in California we have this mandate to produce renewable energy at scale, but we also have to be careful about taking large parcels of land,” McKuin says. “By being creative about where we put solar panels we can maybe avoid some of these trade-offs.”