Obama Puts the EPA to Work 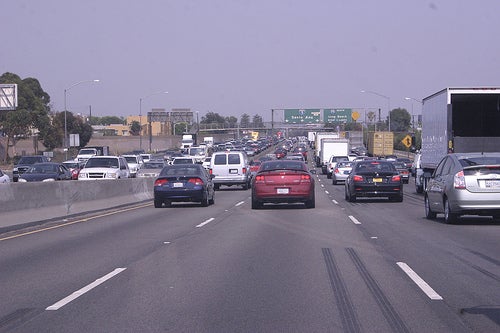 Having spent his first week in office focusing on the global economic crisis and America’s many wars, Obama began his second week by tackling another looming problem: climate change. On Monday, President Obama signed two memos urging the EPA to begin moving on both emissions standards and fuel efficiency standards for cars.

Beyond the actual content of the memos, these directives served a symbolic function as well. Obama has used these early memos to stake out a break with the previous administration. Just as he used his order disbanding the prison in Guantanamo Bay to signal a new approach to combating terrorism, so too did President Obama take an opportunity on Monday to place the memos in the broader context of a new policy.

At the signing ceremony, Obama contrasted these new policies to those of his predecessor, saying that under former-President Bush, “Rigid ideology has overruled sound science. Special interests have overshadowed common sense.”

The first memo signed by the President ordered the Environmental Protection Agency (EPA) to reevaluate California’s petition for power to implement its own greenhouse gas emission standards for automobiles. If passed, 13 other states are poised to follow California, adopting that state’s strict emissions standards.

“The petition would award California the right to set its own standards,” said Aaron Huertas, a spokesperson for the Union of Concerned Scientists, “and other states can either follow those standards or follow the Federal standards, which don’t exist.”

Once the EPA grants the exemption to California and the other 13 states, rules regulating emissions would immediately take effect and last until 2016. California is currently in the process of developing even stricter standards that would last through 2020.

With that 2007 bill, Congress set a minimum of 35 miles per gallon by 2020, but left it up to the DOT to define the maximum possible efficiency as well as the date to reach that mark. Former-President Bush began the process of determining the maximum, but left the job to Obama to finish. The memo signed on Monday begins the process of defining that maximum. According to the 2007 bill, auto manufacturers would need to begin producing more efficient cars by the 2011 models of their cars.

Automakers and some Republican legislators criticized the memos. They claimed that the giving states the ability to regulate emissions independently of one another would lead to a patchwork of laws, which car manufactures would be hard pressed to conform to.

Wrote Jackson in the letter, “As Congress does its work, we will move ahead to comply with the Supreme Court’s decision recognizing EPA’s obligation to address climate change under the Clean Air Act.”