Wal-Mart Will Launch Inventory-Checking Drones By Next Year 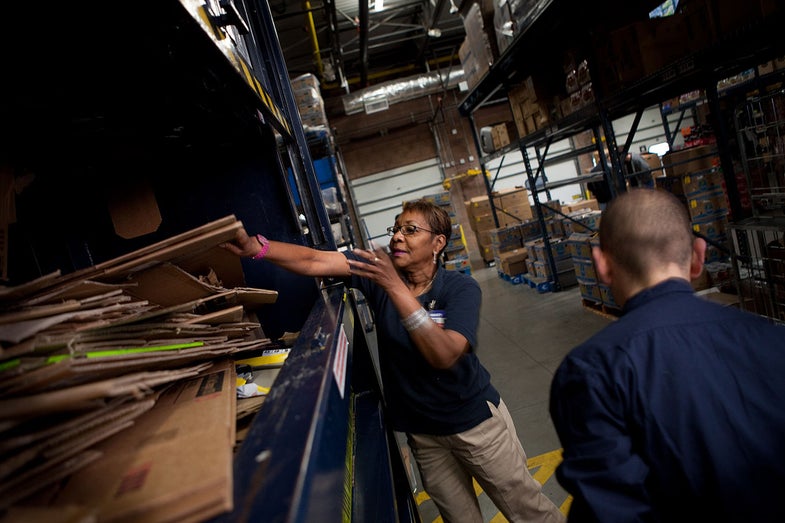 Amazon wowed the internet with its drone delivery project, a prototype drone that brought a small package right to a customer’s door. This was the future of drones in retail, said Amazon, promising a universe where customers never had to set foot in a store.

Now Wal-Mart, Amazon’s erstwhile physical competitor, is getting in on the drone game, but they’re not bothering with delivery at all. No, when Wal-Mart flies drones, as it plans to do in the next 6 to 9 months, it will fly them inside warehouses.

Why warehouses? To cut costs on labor, naturally. From Reuters:

Drone delivery, it turns out, has a lot of hurdles. Amazon’s already redesigned their drone. Several other companies have demonstrated drone deliveries, which are limited to small packages, because otherwise the drones can’t fly. Flying is often faster than delivery vehicles on the ground, but it comes with a big set of limitations, and unless speed is important (as it might be for medicine, say), there’s really not much reason to favor flying over other delivery systems.

Warehouses, unsexy as they are, are a great fit for drones. Drones have short battery lives, so in a warehouse they can fly and recharge and launch again. Drones have difficulty navigating obstacles, so a warehouses familiar layout should make it easy to plot safe routes. Drones are best at flying and taking pictures, and scanning inventory is a natural extension of that. Drones have to obey certain rules, like one-vehicle-per-pilot, while flying outside, that they don’t have to follow when flying indoors. And finally, drone operation over long distances means needing people to pilot and spot for the drone, limiting any possible labor savings. In a warehouse, a drone can just go about its business, gainfully eliminating a job a human once held.