Pigs can play video games. Here’s why that matters. 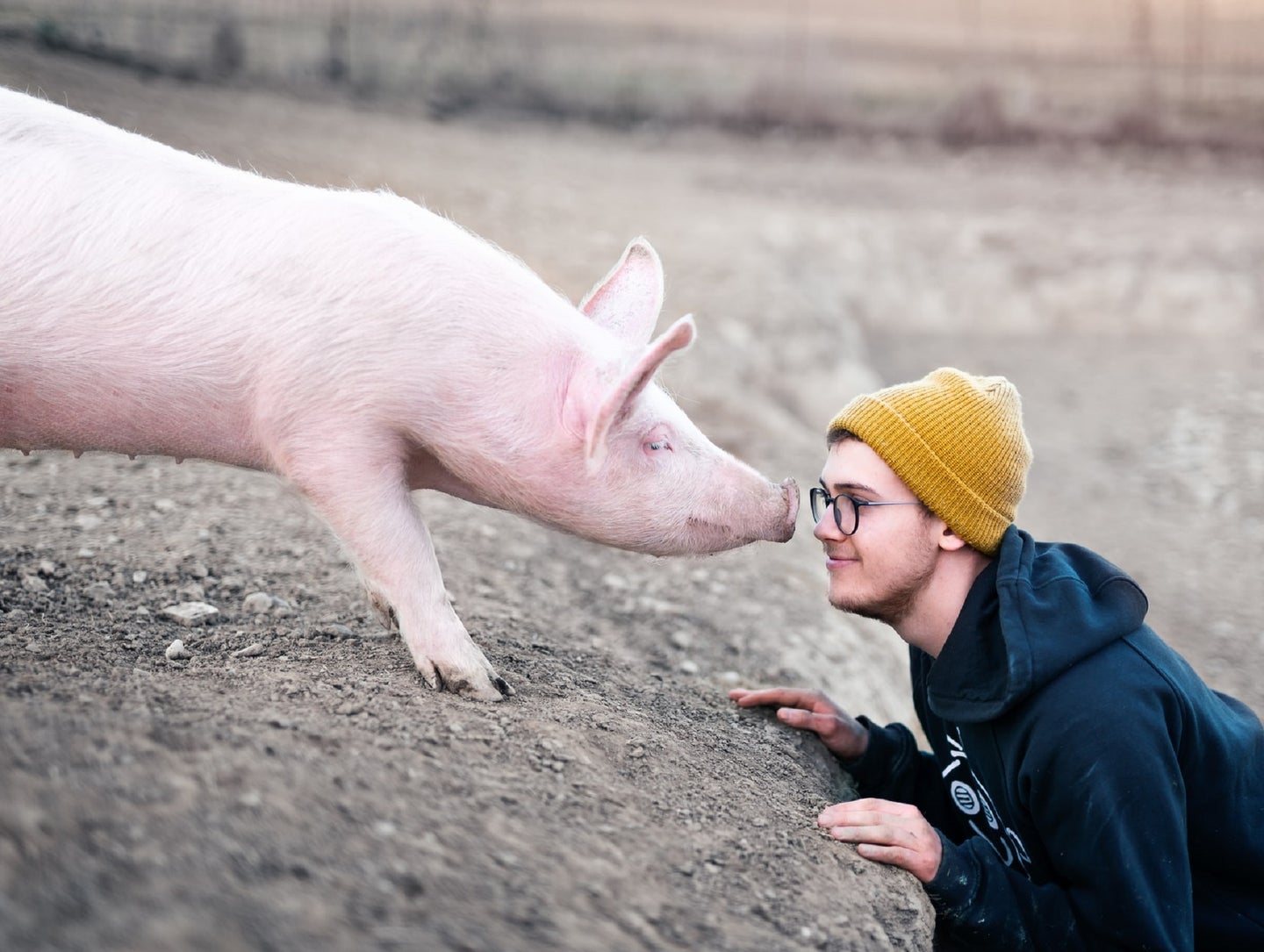 We knew pigs were smart, but no one could have imagined they'd be owning at arcade games. Benjamin Wedemeyer/
SHARE

Rebecca E. Nordquist is an assistant professor of Veterinary Medicine, Utrecht University. This story originally featured on The Conversation.

Pigs might not be able to fly, but they can play video games. In a new study, researchers from Purdue University in Indiana, US have shown that pigs can use a digital screen and joystick, operated by their snout, to move a cursor around for rewards.

This is a complex task. The animals need to understand the link between moving around a joystick and what’s happening on a computer screen, and then link what’s happening on the screen to getting a reward. The four pigs tested were all able to do that to some extent, showing off their smarts.

As the researchers upped the difficulty in the task, sending them to new “levels”, the pigs weren’t ready to compete with the kids in Mario Kart just yet. They couldn’t even compete with the monkeys for which the task was originally designed. This may be because moving around a joystick with your snout is a lot harder than with opposable thumbs, or because the pigs are just not as good at the task as primates.

This new study fits well with what we already know about pigs. They show remarkable intelligence in a number of complex cognitive tasks. They can, for instance, learn to respond differently to different sounds, and are masters at spatial learning tasks.

But there are limits to what they can do. Mirror use, for instance, is not something all pigs can master, and while they can use simple geometric shapes to decide what response to give, recognising other pigs from photographs proves too difficult. This was surprising since other farm animals like sheep and cattle are able to recognize their sheep and cattle friends on photographs.

But why do we care that pigs can play in the video arcade, or learn to hunt for sweets in spatial learning tasks? After all, they aren’t likely to find an Xbox on the average farm. This study is part of a growing area in animal welfare research, the study of farm animal cognition.

"Hamlet, Omelette, Ebony and Ivory – were trained to use an arcade-style joystick to steer an on-screen cursor into walls.

Researchers said the fact that the pigs understood the connection between the stick and the game 'is no small feat'." https://t.co/v3vjVLIgtD// #videogames

There are three main reasons why we care about how smart farm animals are. Farms are becoming increasingly complex places to live in. Group housing is now the norm in the European Union, meaning pigs need to keep track of social interactions. Farms are also increasingly using automated feeders which the pigs have to operate themselves, and in some farms—mainly organic ones—outdoor access means animals need to be able to navigate more space.

This is all good to combat boredom in farm animals, and undoubtedly improves farmed pigs’ welfare. But it’s important to know just what the capabilities of these animals are, to make sure that they can cope with all of the changes we throw their way.

Secondly, there is the ethical concept of “intrinsic value”—what the value of an animal is just for being a living being. Instead of monetary value as an agricultural product or value to a human as a companion, this is the value it has for being itself, just as a pig, with all of the piggy things it does, such as oinking, rooting for things like truffles, socializing, and natural intelligence.

If these kinds of things are altered by farming practices such as genetic selection programs and early weaning of piglets from their mothers, that raises ethical questions. Is a more efficient farming system worth the trade-off?

Finally, understanding animal cognition gives us fundamental insight into how animals perceive the world. That understanding can foster more empathy and promote better stewardship of the animals we keep.

As cognitive testing in farm animals is a relatively new area of focus, there are many avenues yet to be explored. For example, we know very little about chickens’ cognitive abilities, even though they are some of the animals most widely kept by humans on Earth. Chickens appear to be smarter than most of us give them credit for.

We’re also only starting to understand how different management practices used in farm animals are impacting animals’ cognitive development. Raising farmed species without maternal care, insufficient challenges, and mixing of social groups may all negatively impact cognition. As the body of research grows, we will be able to translate this back to improvement of farms to improve farm animals’ lives.