Octopus change color as they shift between sleep phases 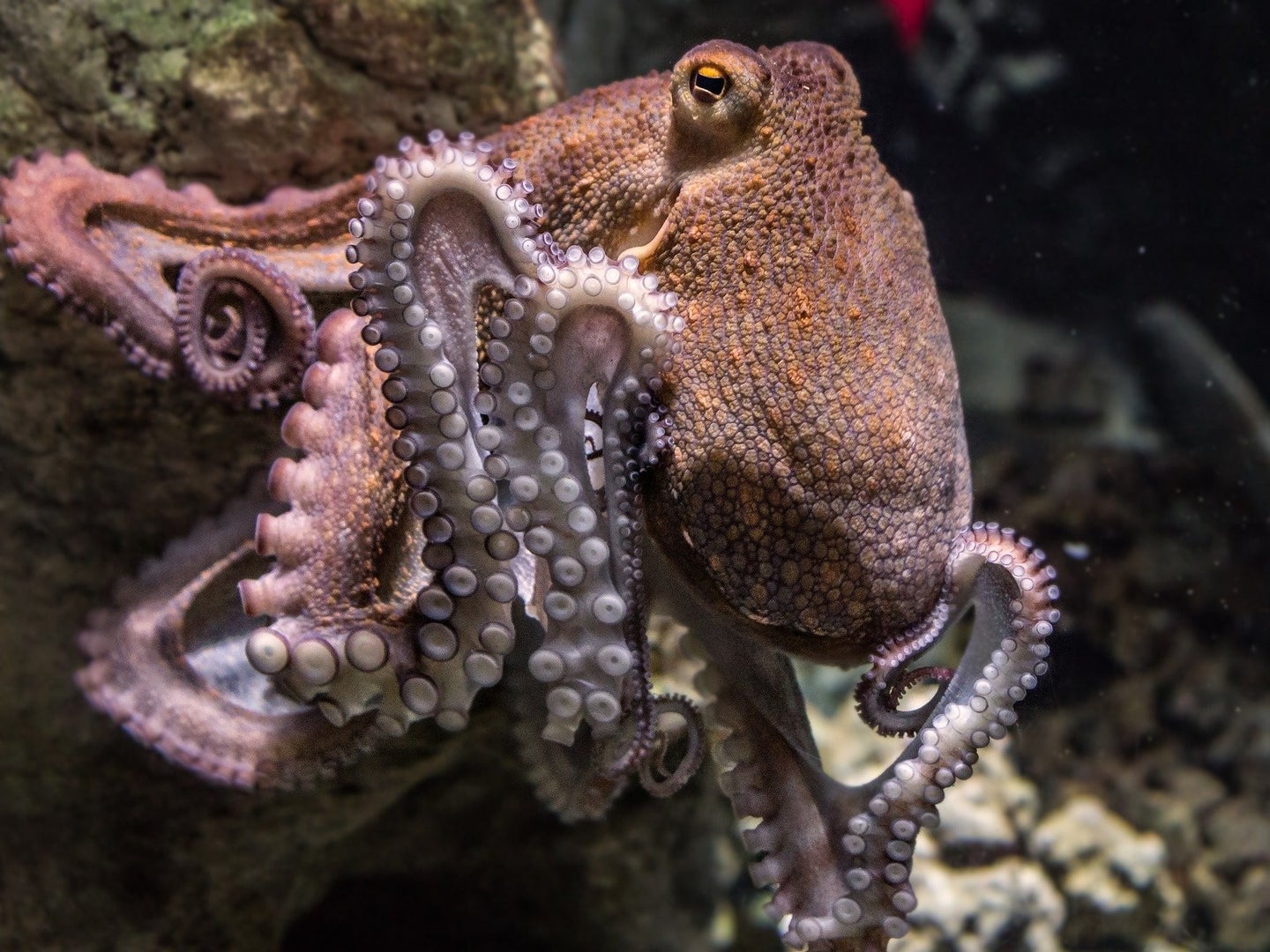 In a new study, researchers noted that octopus shift between different phases of sleep and change color in the process.
SHARE

Most animals sleep, though we still don’t entirely know why. Scientists do know that some animals—like mammals, birds, and a few reptile species—have a stage called “active” sleep, or what’s known as R.E.M. (rapid eye movement) sleep. A new study, published on March 25 in the open-access journal iScience, sought to find out whether this “active” sleep stage also happens in snoozing octopuses, who are about as different from humans as you can get.

“The motivation to study the octopus is to see whether an animal that is so far apart from us, but that has a very complex nervous system and very, very sophisticated behaviors—whether this animal could also have active sleep,” says senior author Sidarta Ribeiro, director of the Brain Institute of the Federal University of Rio Grande do Norte, Brazil.

The study’s findings suggest that they do. “We found that the octopus has two states of sleep, one quiet and one active—just like humans,” Ribeiro says.

“We’re right in the middle of a revolution about understanding what sleep does for us, and for organisms more generally. And that’s why this paper is so cool,” says Marcos Frank, a neuroscientist at Washington State University who knows Ribeiro but was not involved in the study. Frank has worked on similar questions in cuttlefish. “There have been clues accumulating over the last 20 years or so that sleep states that are similar to dreaming sleep in humans might occur in other organisms that evolved independently from us.”

Led by Sylvia Lima de Souza Medeiros, a graduate student at the Brain Institute, the team of researchers studied four adult Octopus insularis, a species that lives off the northern coast of Brazil. After capturing the animals and acclimating them to a lab setting, the team recorded them, using computational methods to determine what was happening in the different sleep states.

They found a “quiet” state, which was already known—in which the octopus is “completely pale, almost completely immobile, with very soft, sweet, smooth movements; the eyes are closed, the pupils are closed,” says Ribeiro.

Interestingly, the team noted that about every half hour, the sea creatures’ state seemed to shift: Their eyes, arms, and suckers would start to move freely. And, along with this movement, came shifts in skin color and texture. “The colors of the skin will change dramatically.”

In 2019, a viral clip from a PBS documentary showed an octopus, Heidi, twitching, changing colors, and seemingly dreaming. Scientists at the time were cautious, given the absence of data demonstrating that octopuses have R.E.M.-like sleep stages. In the iScience study, to demonstrate whether these octopuses were really sleeping, the researchers stimulated them with crab visuals and vibrations and measured their response. The animals’ delayed response or total lack of feedback suggested they were, indeed, asleep during both “quiet” and “active” stages.

The authors don’t know if these octopuses in the iScience study were dreaming; even in humans, dreams are hard to study. But because the “active” sleep state in the octopuses typically only lasted for up to a minute, “if during this state there is any dreaming going on, it should be more like small video clips, or even gifs,” explained lead author Medeiros in a statement.

One limitation of the study, Ribeiro says, is that they only studied four animals (which was “already a lot of work”). Further, the best way to measure brain activity is by using an electroencephalography, or an EEG, which requires placing or implanting electrodes temporarily on the head. But that’s difficult to do with an octopus, whose head is slippery and boneless, and who tends to pluck out unwanted accessories. So the team was unable to measure brain activity that could provide further confirmation of their findings. “It’s a limitation in our studies, too,” notes Frank.

Any time a trait evolves independently, like the eye or the wing, “it’s really exciting, because it really tells you something about why that adaptation happened in the first place,” he says. “In the case of sleep, it’s extremely exciting, because we don’t really understand the function of sleep.” The fact that this R.E.M.-like experience also exists in octopuses, says Frank, “points out that this state must be doing something important”—and understanding it could help unravel the mystery of why we sleep.