Wireless Phone Chargers for a Tidier Home or Office

Clear some cable clutter from your workspace or bedside table with a well-designed, wireless charging pad, stand or cradle. 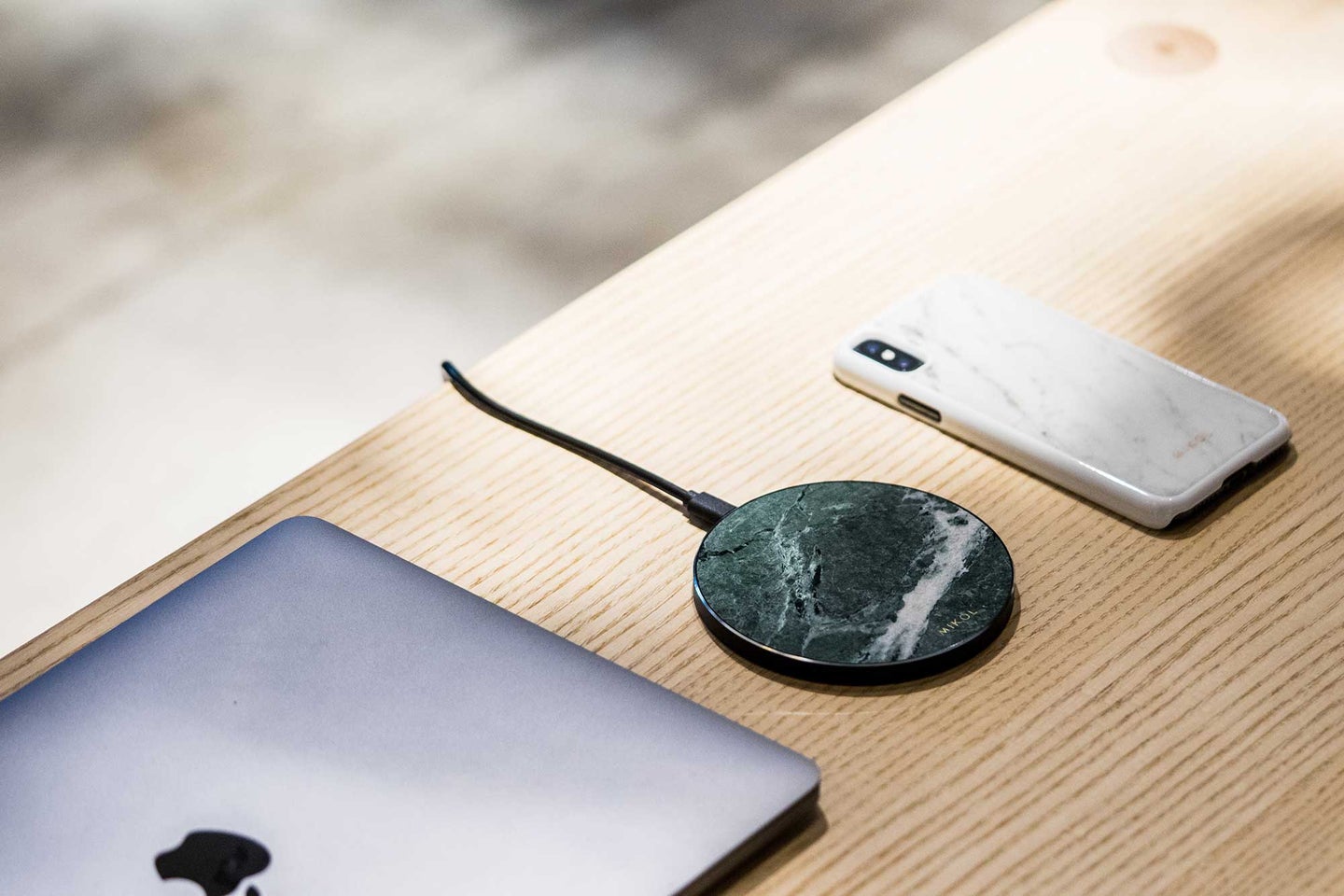 It’s easier than ever to charge your phone—just place it down on the charging pad. Unsplash/Mikey Wu
SHARE

More than house keys, car keys, wallets or credit cards, our phones are now our most prized items—not only our primary means of communication, but now also containing most of the secrets to our lives: our PINs, passwords and essential apps. Running out of juice, therefore, is an unmitigated catastrophe. As our number of devices has increased, with laptops and iPads and speakers, so too have desks and tables begun to get cluttered with tangles of unsightly wires resembling backstage at a pop concert. Wireless chargers cut down on the visible cables in your home or office, with neat, sleek, aesthetically pleasing designs.

For most heavy-duty phone users, the primary requirement in a charger is simply speed. The chips in today’s lightning-fast, wire-free chargers generally offer 7.5W-10W, and some up to 15W on compatible IPhone, Samsung, Google Pixel and other Android models. Most wireless chargers will also work in conjunction with most popular brands of phones.

Wireless charger designs generally fall into two camps: upright stands and cradles, into which phones slot, and flat charging pads, on which phones lie. Bear in mind with all designs, however, that although they are called ‘wireless’, that’s just the connection to the phone – the charger itself still needs to be connected to a power source. So, while some might be lightweight, foldable and travel-friendly, they are not the same as a portable charger.

Some charging docks feature LED displays to show when the phone is charging and when it is full. A bright blue or green light, unnoticeable in an office, might not be desirable in a bedroom at night, so check the display design before you buy. And many will not work with metal cases, so switch to a thin plastic case or be prepared to remove your case whenever you need to charge.