Stop Skids In Their Tracks There’s nothing quite like the sinking feeling you get when a car starts to skid. First comes the realization that your vehicle is not going where you want. Then, panic, as you desperately try to remember that driver’s ed course (are you under- or over-steering?). Hopefully, you lay off the gas and brakes, and steer into the skid. Or you could use Ford’s new Enhanced Transitional Stability System (ETS).

Available in the 2015 Ford Focus, ETS predicts skids before they start. The system monitors a car’s speed, steering wheel, and how a driver is turning, and it calculates the likelihood of a skid. If a loss of traction appears imminent, electronic stability control kicks in. While ETS is currently available in just one model, it’s only a matter of time before Ford integrates it into others–and before competitors start doing the same. After all, a safer car is something that just about any driver would welcome.

13: The number of hydrogen fueling stations in the United States. That number is projected to increase to 50 by 2017 as automakers work to bring fuel-cell vehicles to market.

Design Of The Month: The Audi Prologue Concept 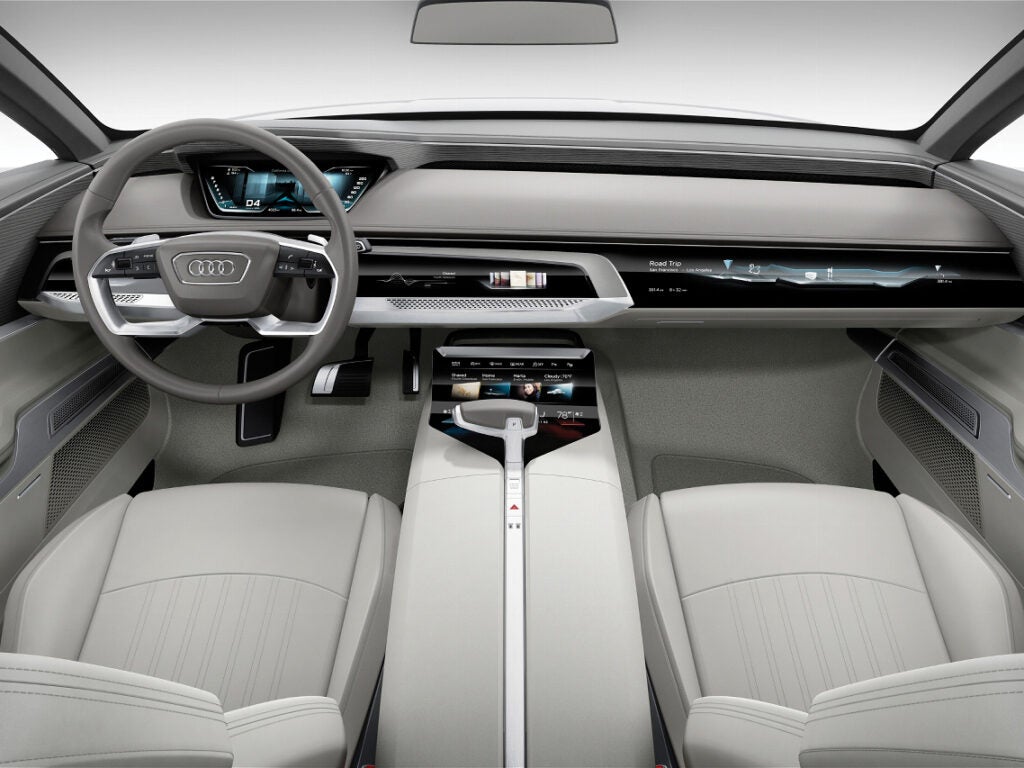 The interior of the Audi Prologue Concept is an homage to a world without buttons. Instead of the usual array of dials found on most dashboards, the Audi has three touch screens. There are no physical controls. The flexible OLED screen on the center console also actively bends toward the driver for easy access.

This article was originally published in the March 2015 issue of Popular Science, under the title “Stop Skids in Their Tracks.”