Your lawn might even benefit from the fallen foliage. 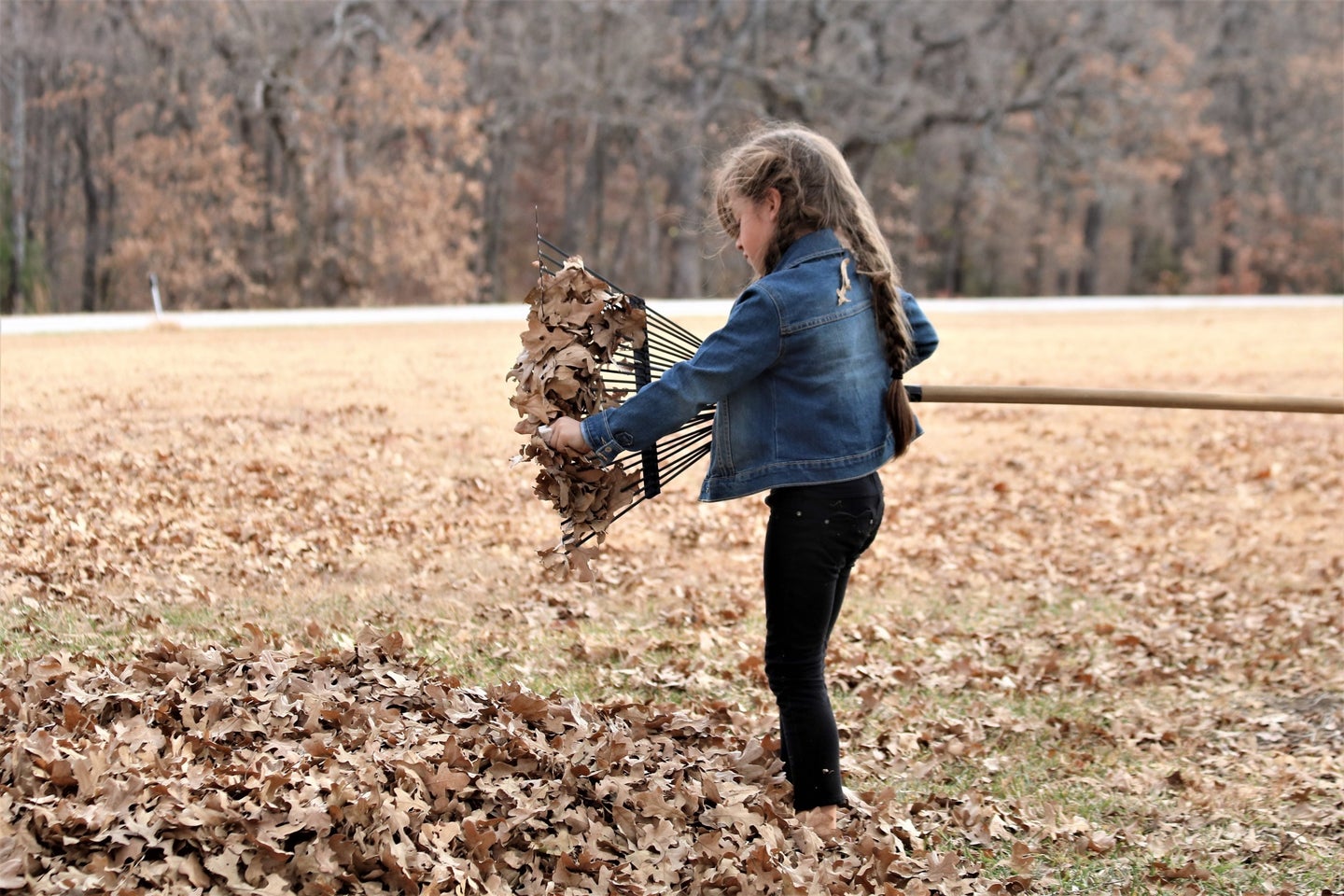 Fall is an especially exciting season. Who doesn’t love shoveling mass quantities of potatoes and pie into their mouths, watching football, or indulging in pumpkin spice lattes (even if they don’t contain any actual pumpkin). But the season has some downsides, too, like spending valuable mashed potato eating time raking the leaves. The task is rarely questioned, but if it were, the process seems silly: Why rake leaves that otherwise would naturally decompose? Maxim Schlossberg, an associate professor of turf grass nutrition and soil fertility at Pennsylvania State University, says it’s all about wanting a picturesque lawn—an aspiration ingrained in most homeowners.

“It’s probably just a nesting tendency to keep lawns neat and presentable,” he says. “It could also be someone’s response to a previous year when they did not remove leaves, and there was turf loss in the spring.”

According to Schlossberg, unraked foliage can mean an unsightly lawn by spring. When fallen leaves are covered by snow during the winter, they get wet and matte together, forming a permanent layer of shade over the grass. It’s like a really soggy awning that’s always shielding your lawn from vital sunlight. A few months later, when spring rolls around, the grass beneath this muddied mass of leaves will have browned or died.

Of course, this does not happen everywhere. Raking leaves may only be necessary in certain regions of the country, primarily in the Northeast. This area is where many deciduous trees call home. In addition, the Northeast spends most of winter cloaked in snow. It’s only under these two conditions—that combo of wet and stagnant—do leaves pose a threat to lawns. While other parts of the country also have deciduous trees, temperatures are not as cool (like North Carolina, for instance), so the fallen foliage don’t remain sedentary.

“The leaves there don’t remain in the same place all year, typically because there is more activity due to warmer temperatures,” says Schlossberg. “Children there are playing in the yard more frequently during January than say Massachusetts. This stirring prevents matting.”

So are Northeasterners forever stuck raking their leaves? The answer is actually no. Schlossberg says there is an alternative that is even better for your lawn, one you probably already do. As the leaves fall, mow over them a few times to create a natural mulch. Think of your mower as a NutriBullet—as it passes over the leaves, it chops them into tiny pieces that penetrate grasses’ canopy to nourish it below.

This process is known as mineralization—throughout winter, microbes consume carbon stored in the leaves, casting aside nutrients in the process. These nutrients, such as nitrogen, phosphorous, and sulfur, are essential to grass growth.

Practicing this method, rather than raking your leaves, can result in a lawn that is greener, thicker, and denser. Not only does this create an aesthetically pleasing yard, but it also allows your grass to practice its own lawn management. Thicker grass prevents sunlight from reaching the seeds of weeds, stopping them from germinating.

“It is a bit like chess, one of the best defenses is to have a good offense,” says Schlossberg. “Just make sure the last mow of the fall is after all the leaves have dropped.”

So ditch the rake, and go eat some mashed potatoes—or whatever other fall activities you’d rather be doing. But remember to mow before that first snowfall.