Staying Calm When Lives Are at Stake 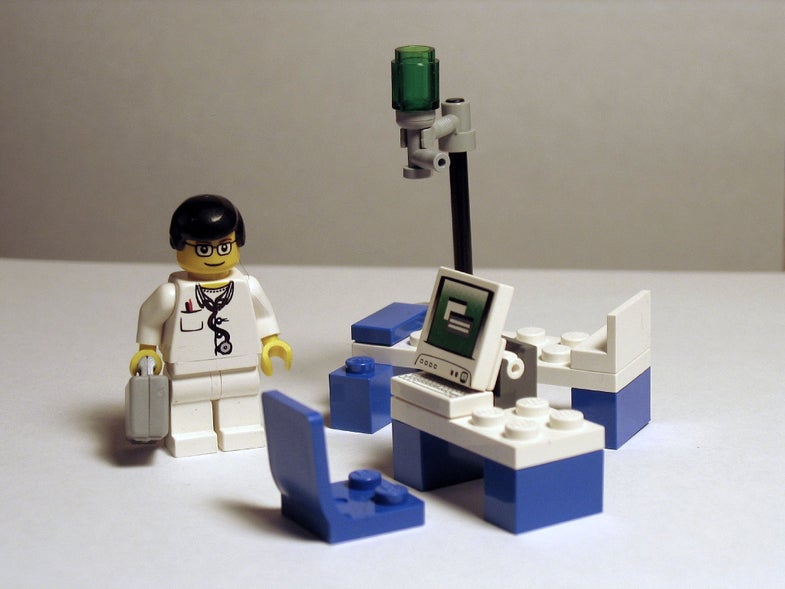 Over the past year, some of the most harrowing international stories have come from West Africa, the epicenter of an unprecedented outbreak of Ebola. As both local and international medical experts have scrambled to stem the virus’ spread, they’ve also had to balance their own anxieties in an unusually stressful situation. Popular Science asked Alex Kumar, an infectious disease doctor who volunteered with the British Red Cross in Sierra Leone, how he handled the strain.

Popular Science: How did you decide to volunteer in Sierra Leone?

Alex Kumar: It was never really a choice for me. It was just—if I could be of use down there, I would definitely put myself forward to go.

PS: In addition to the medical training you obviously have, was there any special training to manage your own stress? I imagine it’s incredibly difficult to work under these circumstances.

AK: You’ve got to hold up your own understanding, not only of yourself, but of where you’re going. And with that comes giving up a certain comfort. The type of person that’s used to a five-star hotel on the beach may not do so well. The people who are generally amenable to change do the best. The risk is quite high in some of these environments—there’s a possibility that a mistake could be made, and then you’re returning yourself with Ebola. So you’ve got to understand yourself well enough to cope, and be aware of all the risks of where you’re going. I think that knowledge—and experience—helps you cope.

“The people who are generally amenable to change do the best.”

PS: How do you manage the anxiety that your patients feel about their illness?

AK: There are people who are with the patients who they’ll be able to talk to. Some of the local staff are much more adept at this than we are as international staff, because they have less of a cultural barrier. It’s a good opportunity for people to share their experiences being treated in the Ebola centers. And that’s important to being assimilated back to the community, where they have to cope with fear and misunderstanding.

PS: As far as your feelings of stress or anxiety, do you have time to step away if you’re feeling overwhelmed?

AK: There’s lots of ways you can do that. You can play games with people, as long as you’re not touching—card games are good. You can reach back to home and have support from family and friends. And you have organizational support as well, which is professional and very useful at times, because sometimes you feel like at home they don’t understand you.