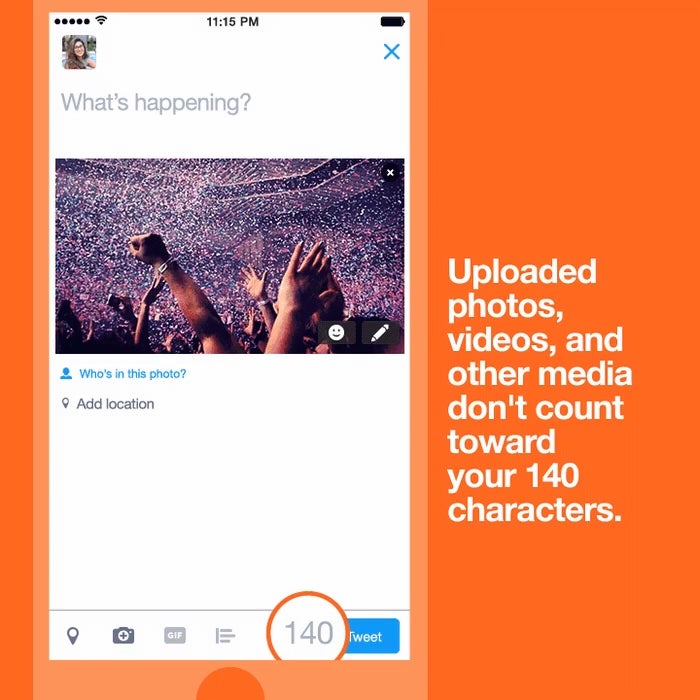 Twitter just got a little easier to use. Starting today, pictures, videos, “other uploaded media” and quote tweets will not count toward a tweet’s 140-character limit.

The move was first reported by Bloomberg back in May, and it was thought it would only take two weeks to implement. It was also rumored that links would no longer count towards the character limit, but that doesn’t appear to be the case in today’s rollout.

This is a big step for Twitter, which is frequently dismissed for not listening to its users, failing to stop online harassment, and trying to imitate other social networks.

Do you like having more characters to tweet with? Or do you feel it takes away from what makes Twitter unique? Let us know by tweeting @PopSci.