Older Cars Will Be Restricted In Paris Starting In July 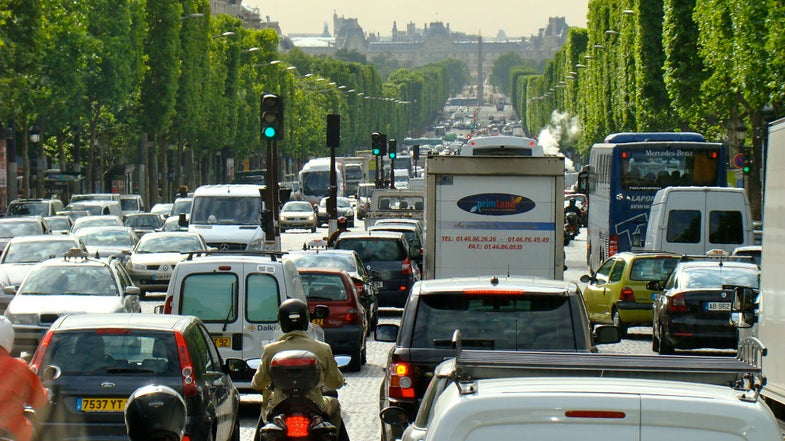 Talk about an age limit. Starting in July, cars 19 years or older (cars made before 1997) will be banned from the streets of Paris during weekdays between 8 am and 8 pm.

The effort is designed to reduce air pollution in the city from cars, which run on traditional fossil fuels. Emissions from those fossil fuels can contribute fine particles of pollution into the air. In addition to being a primary cause of haze or smog, these particles can also damage the lungs when breathed in, and are particularly dangerous to people that are very old, very young, or have respiratory problems.

People found breaking the ban may be fined approximately $35 to $450.

The restrictions will eventually be extended to completely ban cars made before 1997 from the road by 2020, with additional restrictions to be enacted that year to restrict the use of cars made before 2010. The hope is that people will switch to cleaner hybrid or electric cars which produce less air pollution.

This isn’t the first time that Paris has decided to restrict the use of cars. Last fall, the city decided to temporarily restrict all cars in a portion of the city. The measure apparently led to a large drop in sound and air pollution. Just last month, the city decided to ban cars on popular roads like the Champs-Élysée once a month, and back in 2014, a short ban on cars in the city reduced pollution dramatically in just a short time.