The pants caused one patient's legs to stop working 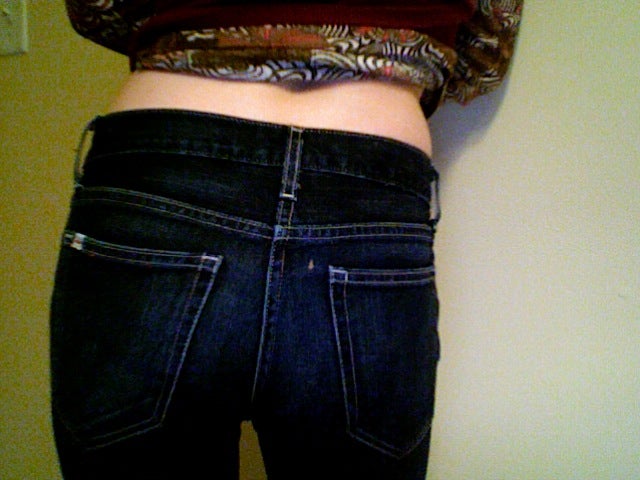 Skinny jeans may be all the rage, but those things are really tight–in a physical sense. One woman in Australia found out the downside of her chic-yet-tight-fitting trousers when she had trouble walking until she could no longer feel her feet, according to a case study published today in Journal of Neurology Neurosurgery & Psychiatry.

The woman, 35, spent a whole day helping her relative move out of a house. She wore her skinny jeans for this task and spent a lot of time squatting, removing objects from low cupboards. As the day went on, her pants felt tighter and less comfortable, but she didn’t stop the task. Later in the evening, her feet became numb and she had difficulty walking. She couldn’t control her feet and tripped, unable to get up. She spent several hours on the ground until she was found and brought to the hospital.

By the time the doctors saw her, her legs were so swollen that they had to cut the skinny jeans off her body. She had completely lost feeling in her lower legs and feet, and couldn’t move her toes properly. CT scans and other tests showed that the prolonged compression from the jeans had damaged the nerve and muscle fibers in her calves. When the muscles swelled, they compressed the nearby nerves, causing the numbness.

The patient had compartment syndrome, a condition that occurs when the blood supply is cut off to a particular part of the body. And though the time she spent squatting was probably the main cause, the restricting pants likely made it worse, the doctors say.

After four days on an IV, the patient was allowed to go home. She could walk just fine.

So if you’re still subjecting your bottom half to the torture of skinny jeans, maybe save the squats for a more appropriate outfit. And worry less about being stylish on moving day.