Sphero’s BB-8 Wearable Will Give You The Force 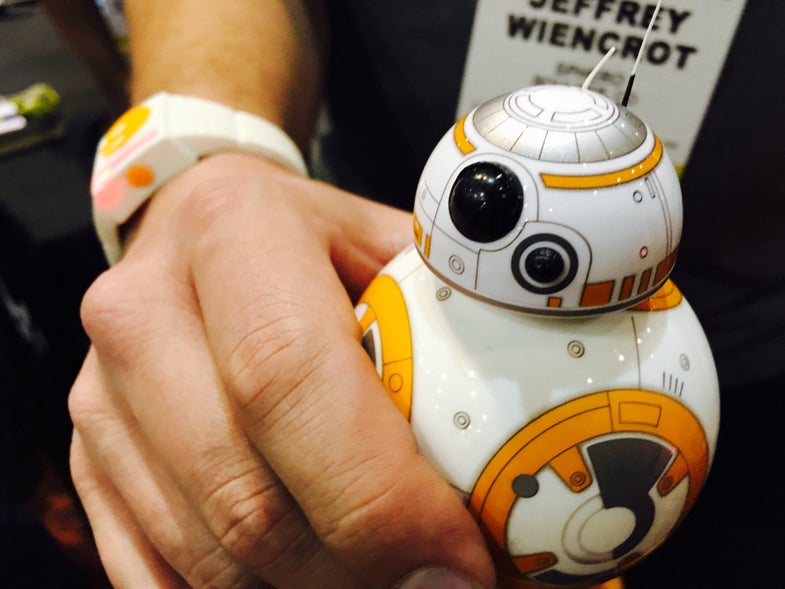 Sphero is looking into a wearable that will grant users the Force and allow them to control BB-8 via mid-air gestures. Xavier Harding
SHARE

Star Wars Episode VII: The Force Awakens, as mentioned in our review, introduced many important new characters, but the fan favorite may have been the soccer ball droid BB-8. What many consider to be R2-D2 for the 21st century, BB-8 offers a lot to love: a slick orange-and-white design, a quick top speed and a magnetic dome that’s bound to tilt heads. Those wanting to take part in the magic could have their very own BB unit thanks to Sphero. Now owners of the toy will see the force awaken within themselves. This fall, Sphero’s BB-8 wearable will enable mid-air gestures.

Get those midi-chlorians ready.

Sphero is calling its device the Star Wars Force Band. “[The wearable] takes it that much further with the notion of using the Force,” Keegan Shoutz, Sphero’s public relations person, tells us. “The use of gestures gives it a more interactive consumer experience than [controlling BB-8] through a screen on a tablet.”

Sphero stresses at CES 2016 that this is still far from consumer release. “We were just excited to show off what we’d done,” says Jeff Wiencrot, embedded systems engineer for Sphero. But despite the alpha model shown at CES, the company has firm plans to bring this type of wearable to the market. “We’re looking to release autumn 2016. Alongside the battle-worn version of BB-8.” 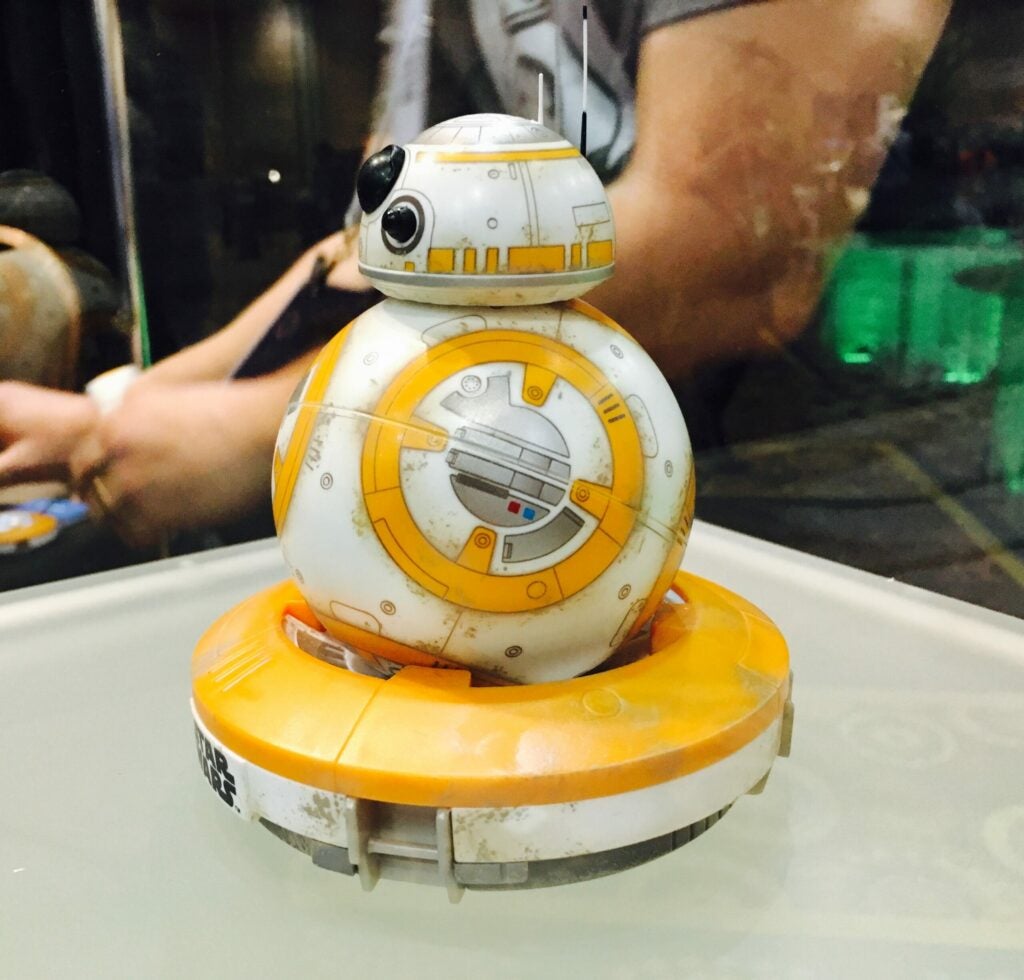 The BB-8 model that was available during the holidays presented a pristine version of (very mild spoilers ahead) Poe Dameron’s droid. The battle-worn version seen at CES 2016 would be BB-8 after its travels on Jaku.

Sphero’s force wearable doesn’t have a name or final design, but the company is confident it will show a more finalized version at the Toy Fair coming to New York next month, according to Shoutz. And we may even see a version of jedi mind tricks make its way into the finished product. Until then, we’ll be practicing our force movements.