This Speaker Upgrades Its Software So It Never Becomes Obsolete 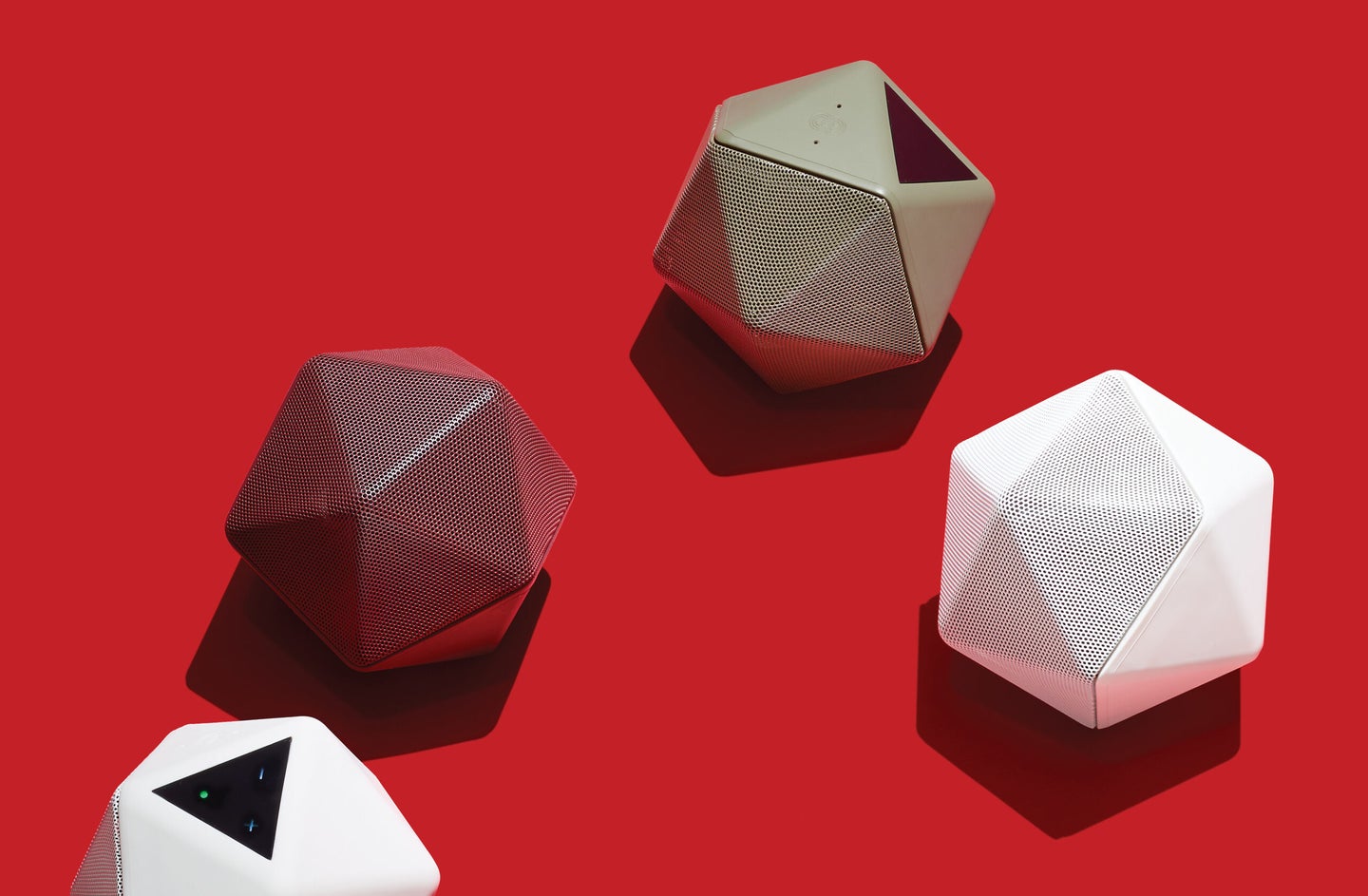 Obsolescence is one of the most annoying problems in technology: You save up to buy the newest piece of hardware only to have it eclipsed by a newer, shinier version just a few months later. What if our electronics were built to evolve instead?

That’s the thinking behind Boom Boom, a software-upgradable speaker developed by Binauric. The softball-size unit comes with everything you’d expect from a portable speaker system—3.5mm audio input, Bluetooth connectivity, volume and power buttons—plus four microphones, an accelerometer, and a light sensor. Although there aren’t many uses for those additional components today, Binauric has issued an app that rolls out upgrades to the speaker.

“We don’t want to build features without the cooperation of our users,” says Binauric co-founder Detlef Wiese. “We want to see what type of input they give us.” For its first major app update, the team released a function enabling spatially accurate audio recordings. “It’s too early to name [our next upgrades],” says Wiese, “but there will definitely be new stuff coming.”

This article was originally published in the January 2015 issue of Popular Science, under the title, “The Futureproof Speaker.”