For The First Time, SpaceX Will Land A Rocket After Launch 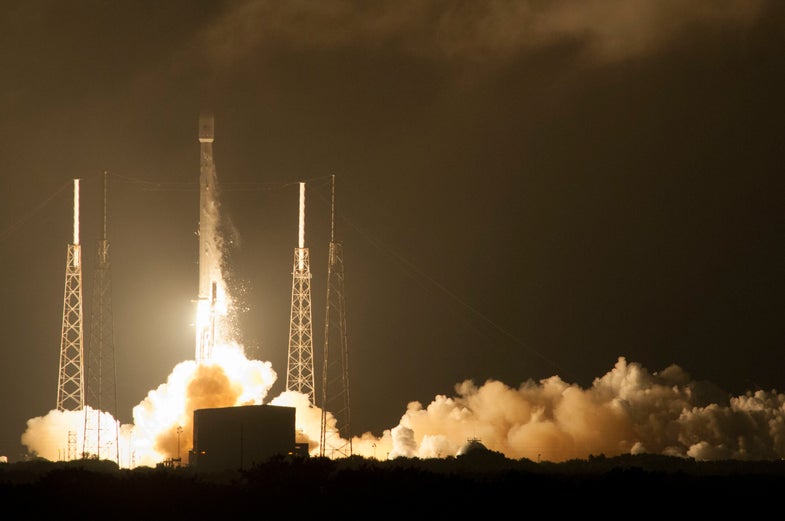 Update, January 6, 2015: At the last minute (literally), the launch was scrubbed due to a problem with the rocket’s second-stage actuators. SpaceX is now hoping to launch on Friday at 5:09am Eastern.

Elon Musk is starting off 2015 with a bang – or hopefully, a soft landing.

On January 6, Musk’s company SpaceX will launch a Falcon 9 rocket to the International Space Station. The launch itself is fairly unremarkable; SpaceX has had a contract with NASA for some time now to transport cargo to the ISS via unmanned rockets, as part of the Commercial Resupply Services program. What SpaceX will attempt to do after the launch is what makes the mission so exciting. The company will try to land the first stage of its Falcon rocket on a platform in the ocean — a feat that has never been done before.

If successful, the landing will be the first major step toward one of the holy grails of the space industry: reusable rockets. Up until now, all rocket launches have been something of a one-and-done stunt. After a rocket blasts off, the first stage of the vehicle – which comprises the bulk of the rocket and contains most of the engines and fuel – burns up and falls away into the ocean, never to be used again. This rocket design is known as a disposable launch system, and it makes launching rockets extremely expensive. The only exception has been the Space Shuttle, which was considered a partially reusable launch system; although the shuttle itself and its solid rocket boosters were recovered after each launch, its large external tank, which carried most of the shuttle’s fuel, broke apart and was never re-used. This made launching shuttles quite costly, as well, since a new external tank had to be built for each flight.

Here’s to 2015: The year that space flight could become affordable.

Imagine if this type of design were applied to air travel, and every time you flew in an airplane, the plane had to be discarded and then rebuilt for its next trip; a ticket from New York to Los Angeles would require a lifetime of savings. Disposable launch systems are why space tourism is currently reserved for the nerdy 1 percent (and British pop singers) – but reusable rockets could change all that, by bringing down the cost of space flight and revolutionizing the space industry. 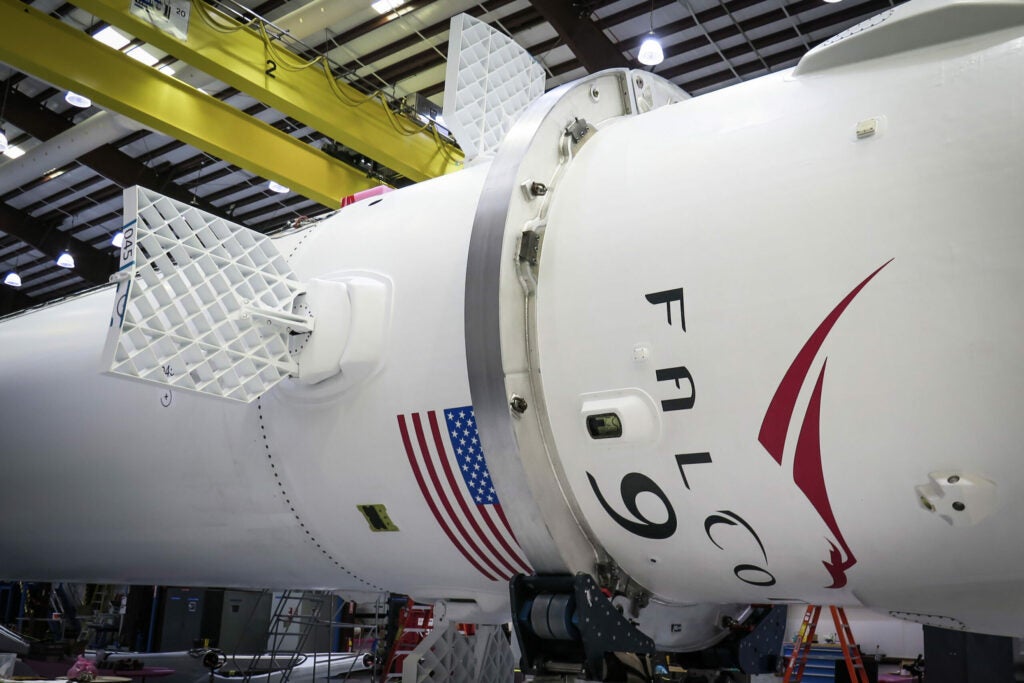 The hypersonic grid wings attached to the Falcon 9 rocket

To ensure the safe landing of its Falcon 9, SpaceX has equipped the rocket with four “hypersonic grid fins” (placed on the vehicle in an “X-wing” configuration). The fins will be closed during ascent, but when the first stage falls to Earth, the fins will extend perpendicular from the rocket’s body. They can then move independently of one another, to help control the vehicle’s descent and guarantee a precise landing on the rocket’s target.

That target is an autonomous spaceport drone ship, meant to catch the landing rocket in the Atlantic Ocean. The ship’s landing platform is 300 by 100 feet, but it also comes with wings that can extend its width to 170 feet. The seaport itself isn’t anchored, but boasts powerful thrusters that will help it stay in place. 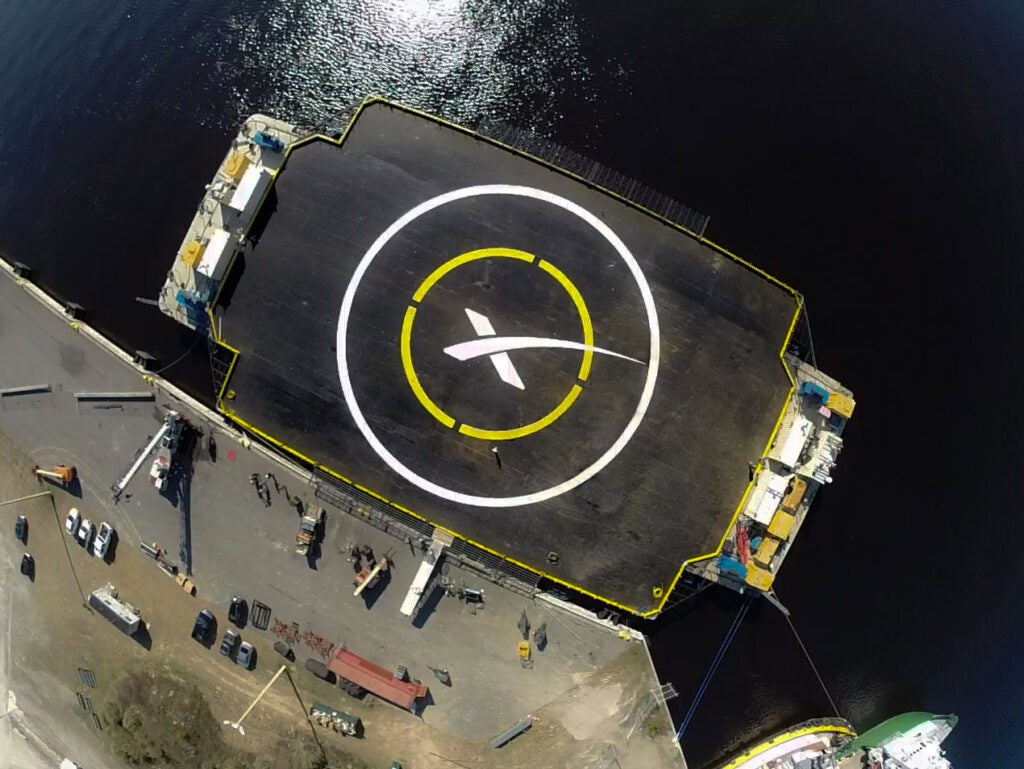 Yet landing on such a small platform that isn’t completely stationary won’t be easy, and Musk estimates a 50 percent chance of success on January 6. Plus, the landing will occur after the first stage separates from the second stage — the part of the rocket that will take the cargo capsule the rest of the way to the ISS. That means not all of the rocket will be saved, as the second stage will never be recovered. (However, Musk plans to recover the second stage in future launches.)

Still, the fact that SpaceX is attempting such an endeavor instills hope for a cheaper commercial spaceflight industry. According to Quartz, the cost to build a Falcon 9 rocket is $54 million, but the cost of its fuel is only $200,000. If launching a rocket in the future only required refueling and other servicing costs on the ground, that could bring down the price of going to space by millions of dollars.

So here’s to 2015: The year that space flight could become affordable.

Correction (01/02/2015, 2:50 pm ET): The original story misstated where the rocket will attempt to land; it’s the Atlantic Ocean, not the Pacific, and it has been corrected. We regret the error.