SpaceX Will Test Its Upgraded Rocket Engine This Afternoon

Gearing up for the return of the Falcon 9 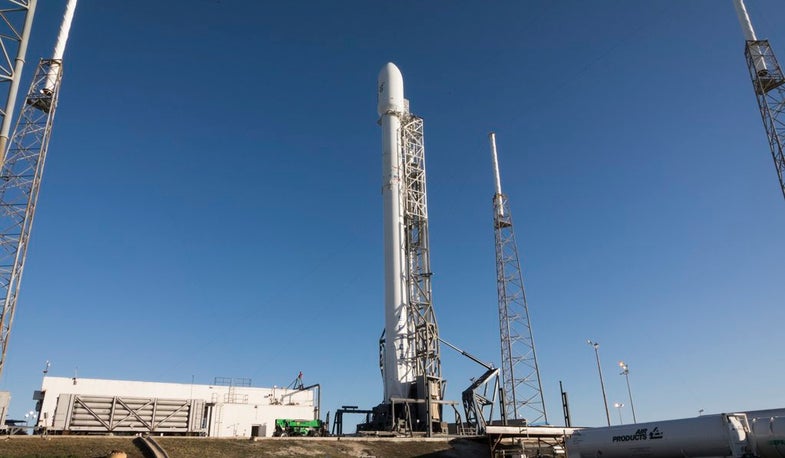 After a June explosion destroyed a shipment to the International Space Station, SpaceX is almost ready fly again.

Soon they’ll launch 11 satellites into orbit for the company Orbcomm on an upgraded Falcon 9 rocket. But first the company needs to try out the rocket in a static test fire. The test is planned for this afternoon.

Unfortunately SpaceX won’t be televising the test, but we’ll likely see video of it after the fact. The stationary test is a way of making sure the rocket is ready for liftoff without putting any precious cargo in jeopardy.

If the test goes as planned, the Orbcomm launch could happen within the next few days, according to SpaceX CEO Elon Musk.

The static test fire is running a day behind schedule, and there’s no word yet on how that will affect the launch timing.

The Falcon 9 version 1.2 is designed to have 30 percent more lifting power and will hopefully make it a little bit easier to land the first stage of the rocket after it launches.