SpaceX To Attempt Landing A Rocket On A Moving Drone Platform 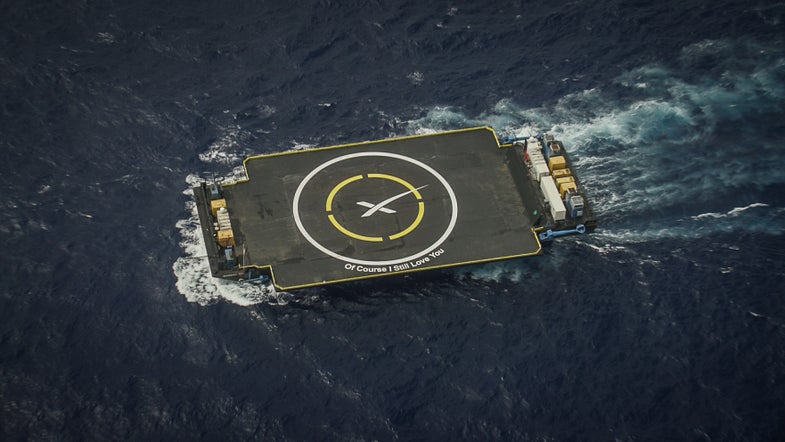 The company’s Falcon 9 rocket recently made history by launching a payload into orbit and then coming down softly for a vertical landing at Cape Canaveral.

But now SpaceX wants to try something harder: landing on a drone platform in the sea. NBC News reports that SpaceX will attempt the sea landing after launching NASA’s Jason-3 satellite, which will monitor ocean circulation and sea level. The launch is currently scheduled for January 17.

This won’t be SpaceX’s first attempted landing on the swaying, remote-controlled sea platform. The company’s previous attempts have come close to touching down, but ended in explosions.

So why make complicated rocket science even harder by trying to land on this moving platform? It couldn’t possibly be to show up rival company Blue Origin, which has landed its own rocket, albeit after a less impressive spaceflight. NBC explains: