SpaceX just flew a used rocket for the first time—and stuck the landing, too

A promising day for reusable rockets 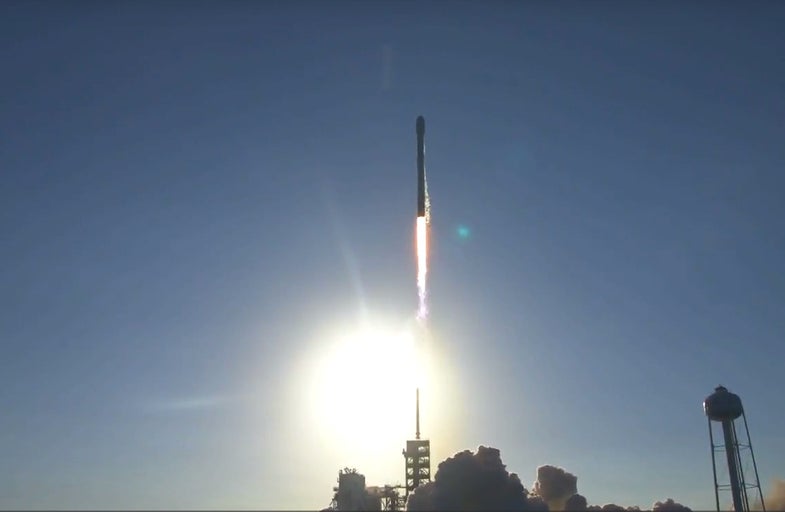 If humankind is ever going to become an interplanetary species, we’re going to need cheaper rides into space. That’s why SpaceX and Blue Origin have been working so hard at developing reusable rocket boosters—vehicles that, after launch, are recovered and refurbished and flown again, instead of getting wastefully dumped in the ocean.

On Thursday evening, SpaceX proved a key part of its reusable rocket plan: the re-using part. The private spaceflight company has gotten pretty deft at recovering its rocket boosters, landing them on solid ground as well as floating platforms in the ocean. Now it has shown that the boosters can fly again afterwards. Here’s a replay of the launch:

The used Falcon 9 booster took off on its history-making launch at 6:27pm Eastern on Thursday, March 30. It carried an 11,700-pound telecom satellite, the SES 10, into orbit. Previously, this same booster lifted off with supplies for the International Space Station in April 2016 before making history as the first rocket to land vertically on a drone ship.

Eight and a half minutes after the launch, the booster came back to land on a drone ship yet again.

Blue Origin has flown and re-flown one New Shepard booster five times; however, the Falcon 9 flies higher and comes down faster, which has made landing more of a challenge. Today’s launch proves “you can fly and re-fly an orbit-class booster,” said Elon Musk after the launch. “This is going to be a huge revolution in spaceflight.”

SpaceX estimates that reusable rockets could cut its launch costs by up to 30 percent.