Two private citizens have reportedly paid up for a lunar jaunt 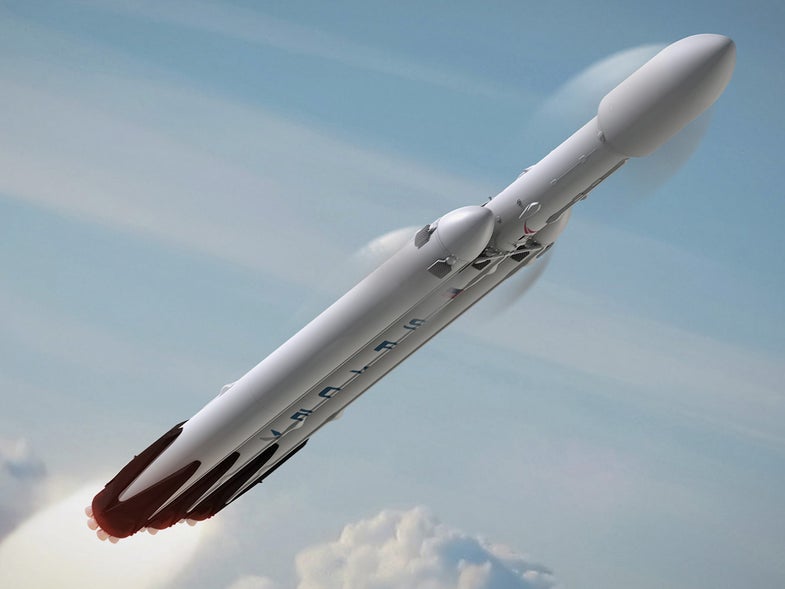 SpaceX is already on track to make history by becoming the first private company to carry astronauts to the International Space Station in 2018. As if that wasn’t ambitious enough, SpaceX CEO Elon Musk announced on Monday that the company is planning to send two private citizens into orbit around the moon a mere six months after carrying its first crew to the ISS.

“I think this should be a really exciting mission that gets the world excited about sending people into deep space again,” Musk said in a teleconference.

The mission, which would mark humankind’s first return to the moon in 45 years, will be funded by two private individuals who approached SpaceX with the proposition. At this point those backers remain anonymous, but Musk said they’ve placed a significant deposit.

If all goes according to plan, the Falcon Heavy will lift the Crew Dragon and its two passengers into lunar orbit in late 2018. The weeklong mission would circle around the moon on an approximately 350,000-mile journey before returning to Earth. The mission could prove to be an important step between low Earth orbit and SpaceX’s goal of carrying humans to Mars within the next decade or so.

The Falcon Heavy, SpaceX’s upcoming heavy lift rocket, is expected to have its maiden launch later this year. The Crew Dragon will already have flown humans to the ISS by the time the moon mission launches. The Crew Dragon’s main modifications would be to the communication system, Musk said, to allow for deep space communications.

It should be noted that big developments in rocketry and human-rated spacecraft rarely happen according to schedule—explosions and other delays are common. But it looks as if this mission is on track to beat NASA’s next crewed mission, which would put astronauts into lunar orbit in the 2020s or perhaps 2019. However, Musk said that if NASA is interested in using SpaceX to send a crewed mission around the moon, he would give them priority.

“I’m not sure if we’ll be before or after [NASA],” said Musk. “But I’m not sure that’s really the important thing. I think what matters is the advancement of space exploration…. The more the better.”