The $6 million nose cone came back for a soft landing 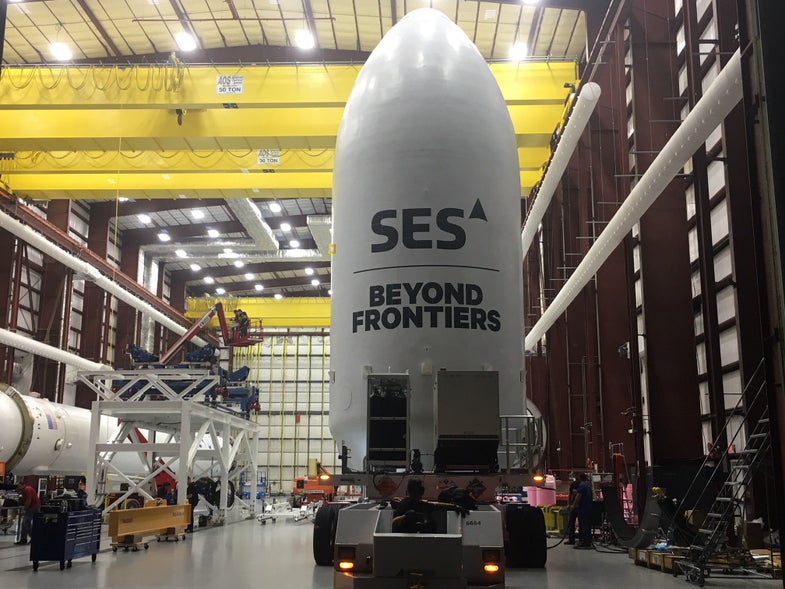 SpaceX made history this evening by launching a used rocket booster on its second mission, then bringing it back for a safe landing on a drone ship. It’s a big deal for the company that’s betting on reusable rockets to dramatically reduce the cost of going to space.

But during a press conference after the launch, SpaceX CEO announced another bit of exciting news: for the first time, the company has also managed to land the rocket’s nose cone as well. “That was definitely the cherry on the cake,” said Musk.

The payload faring, or nose cone, shelters the rocket’s cargo—in this case, the SES 10 telecom satellite. The 16-foot diameter faring is large enough to fit a bus inside, and it costs about $6 million to make one. So, rather than let it “smash into a million tiny pieces,” says Musk, SpaceX used thrusters and steerable parachutes to bring the two halves of the faring back safely for reuse.

“It’s like its own little spacecraft,” says Musk, who confirmed that at least one of the two faring halves had made it back in one piece.

At this point, the only part of the Falcon 9 that hasn’t been recovered for reuse is the upper stage—the smaller booster that carries the payload into orbit after the liftoff booster separates. And Musk is interested in recovering and recycling that part as well.

Every little bit counts when it comes to making spaceflight cheaper. Currently, SpaceX launches sell for about $62 million dollars each, but Musk hopes reusable rockets could cut that price by at least 30 percent. “I’m highly confident that it’s possible to achieve a 100-fold reduction in the cost of space transport, and maybe more.”