After decades of speculation, astronomers observed this new type of exploding star in realtime. 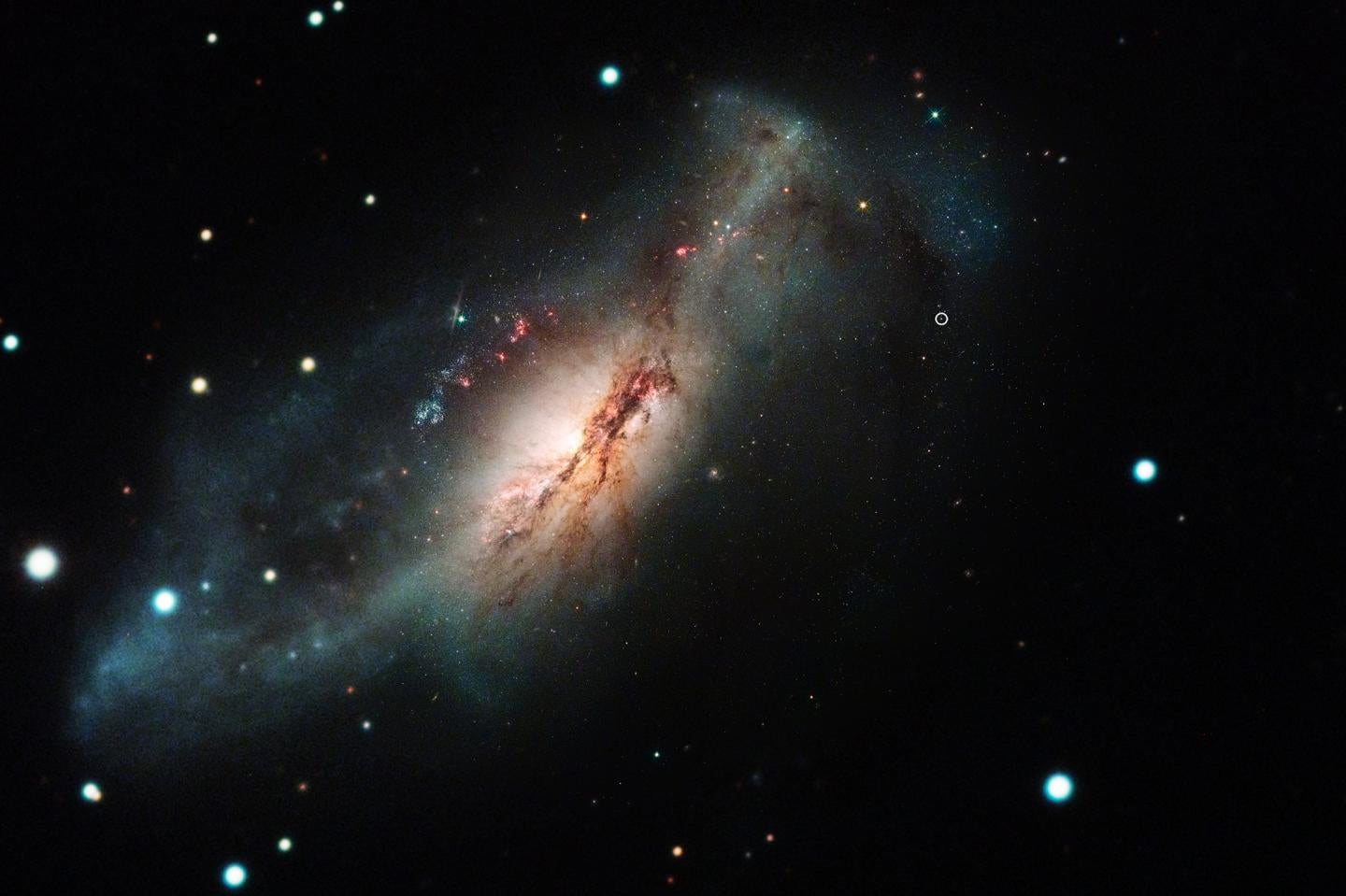 Supernova 2018zd, marked with a white circle in the upper right corner, on the outskirts of galaxy NGC2146. It is the first confirmed case of an electron-capture supernova. Joseph Depasquale, STScI
SHARE

While peering into the cosmos, amateur astronomer Koichi Itagaki glimpsed an unusual light in March of 2018. He quickly reported his findings, spurring other astronomers to confirm his suspicions—he had spotted a supernova, just 31 million light years away.

An international team of astronomers managed to start capturing data on the exploding star just three hours after it began. Now, after years of data collection and analysis, the team has confirmed that the supernova of 2018, known to scientists as SN 2018zd, is not just any supernova, but an entirely new category of exploding star that has been theorized but never previously observed: an electron-capture supernova. The findings are published in Nature Astronomy.

Until now, there were just two known types of supernovae. Thermonuclear supernovae occur when small, low-mass white dwarfs (less than eight times the mass of our sun) pull matter from companion stars until they detonate and explode. Iron-core collapse supernovae, on the other hand, are the result of large stars—more than 10 times the mass of our sun—burning all the fuel at their cores, causing their centers to collapse in on themselves to form a black hole or neutron star.

Astronomer Ken’ichi Nomoto of the University of Tokyo predicted the third type, the electron-capture supernova, in 1980, while theorizing how a star would explode if it fell between eight and ten solar masses. Based on research models, Nomoto and other astronomers predicted that the best candidates for an electron-capture supernova were red giant stars. By their hypotheses, a red giant would shed most of its mass before triggering its relatively small explosion.

Using images from the Hubble Space Telescope, astronomers found SN 2018zd’s progenitor, which turned out to be an old red giant. Looking at the star before and after its transformation helped the team confirm that its unique characteristics matched what Nomoto and others had predicted decades before.

“We started by asking ‘What’s this weirdo?’” Daichi Hiramatsu, the leader of the study and a graduate student at the University of California at Santa Barbara and Las Cumbres Observatory, said in a statement. “Then we examined every aspect of SN 2018zd and realized that all of them can be explained in the electron-capture scenario.”

SN 2018zd also helps explain the Crab Nebula, which astronomers have long thought to be the product of an electron-capture supernova in the year 1054. But since it happened so long ago, there has been no way to be sure. SN 2018zd is a game-changer—by matching its patterns and characteristics to those of the Crab Nebula, astronomers say that this is compelling support for the Nebula being a creation of an electron-capture supernova.

Nomoto, who first predicted and described this type of star explosion, said in a statement that he was “very pleased that the electron-capture supernova was finally discovered.” He added, “I very much appreciate the great efforts involved in obtaining these observations. This is a wonderful case of the combination of observations and theory.”