Soon You Can Drink Beer Brewed With Space Yeast 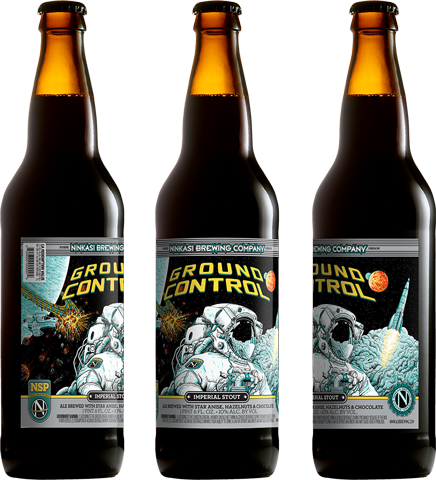 On April 13, at a few select places around the country, you’ll be able to take a swig of space. Ninkasi Brewing Company in Oregon is releasing Ground Control, an imperial stout brewed with yeast that travelled (very briefly) to space last year.

The first batch of yeast the company sent into space last July ended up lost in the desert after it returned to Earth, but in October, six vials successfully travelled into space and back.

Ground Control joins a variety of alcohols that have had adventures in low earth orbit. Back in 2008, Sapporo brewed a very small batch of beer brewed from barley that spent time on the ISS. Last year, a sample of Scotch arrived back on earth after aging on the space station for two years.

As for actually drinking in space, scientists are still working on that. Hoping that space tourists might be able to one day imbibe on a space vacation, researchers are working on a way to develop a beer that can be easily drunk in space, without spraying all over the place.