The technology can count down to a green light 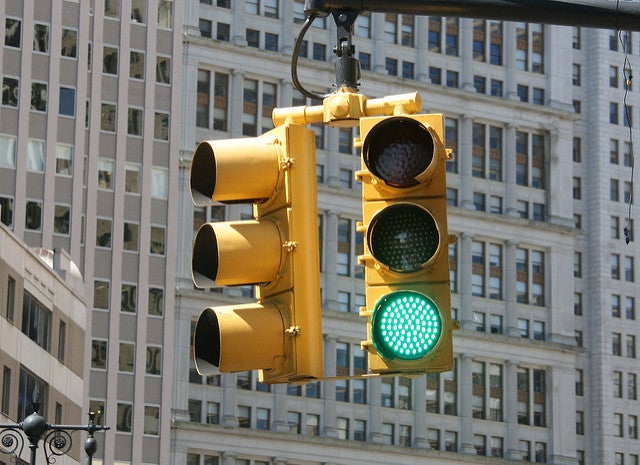 Audi has announced that two of its models will now be able to communicate with traffic lights. The new feature can cue drivers when a green light in an upcoming intersection is about to turn, or count down how much time remains before a red light changes.

This will allow drivers to pass through intersections a little more seamlessly, cutting down on the pollution and congestion spawned by waiting at traffic lights.

It’s also a step towards eliminating traffic lights completely. For that to happen though, vehicle-to-infrastructure technology will need to spread to everyone on the road.

For now, Audi will be offering V-to-I in its A4 and Q7 SUVs in five to seven American cities.