Sony Vaguely Teases Its Next Great Robot For Your Home

It'll be artificially intelligent and emotional, but beyond that, details are scarce 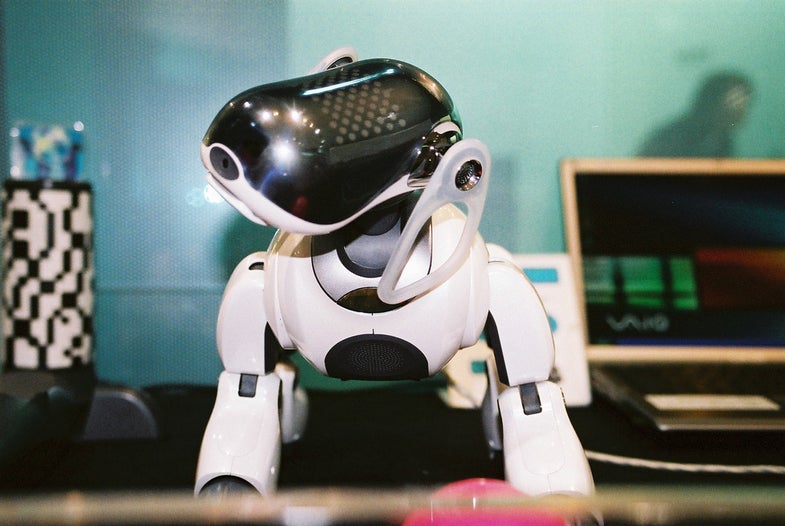 Sony’s secretive home robot project is still in the works, as CEO Kaz Hirai teased at a news conference yesterday. His update: It’s not here yet, but stay tuned. Check out his remarks from the IFA gadget show in Berlin, via PC World:

Sony says it will do this by combining existing hardware with artificial intelligence, robotics and communications tech, which is basically like saying “water is wet.”

As PC World notes, Sony’s been “an early pursuer of home robots with its Aibo robot dogs sold in the early 2000s,” which remain iconic and beloved, even though the product line was officially retired a decade ago.

Slow clap for Sony, setting me up for emotional dependency on a machine since fifth grade. And the home robot idea sounds promising. But what if I don’t want another emotional connection in my life? What if the one I’m maintaining with my phone is enough?