Our Line Of Defense Against Sea Level Rise Is Melting Fast 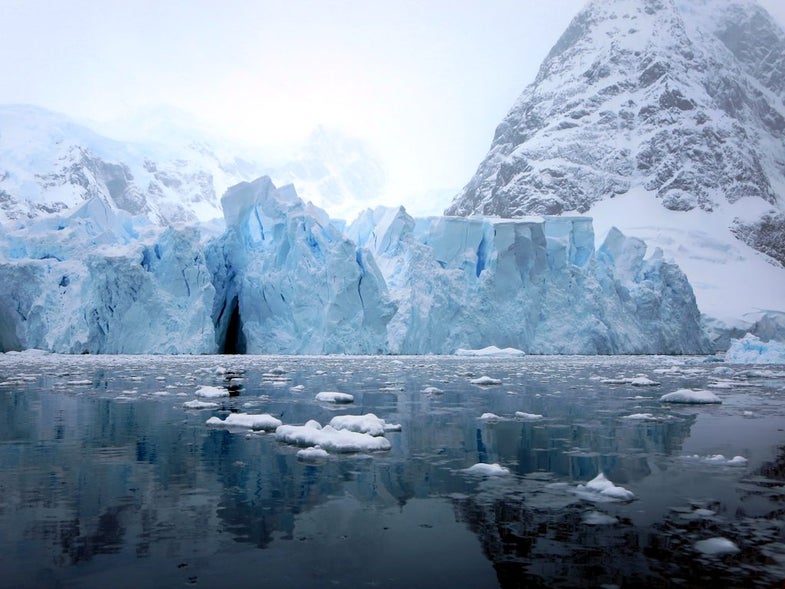 Antarctica is a frozen, beautiful continent, that might not be completely frozen for much longer. Just like the Arctic, Antarctica’s ice shelves are disappearing, and fast, which could have impacts on coasts much closer to home.

“The role of the ice shelves is to hold back the grounded ice. If we take it away, there’s nothing constraining the ice discharge into the ocean,” Fernando Paolo, lead author of a new study in Science told the Wall Street Journal

Ice shelves extend over the water, and are directly connected to the large ice sheets that rest atop the Antarctic continent. If the sheets start melting, which they could with the shelves’ protection gone, sea level rise is expected to accelerate dramatically, as water trapped on land starts flowing into the sea, causing sea levels to eventually rise.

Paolo and colleagues found that the floating ice shelves surrounding the continent are thinning rapidly, and the rate is going up. Between 2003 and 2012, ice shelves off the West Antarctic Ice Sheet were disappearing at a rate of nearly 310 cubic kilometers (75 cubic miles) every year. At that rate, many of the shelves could be gone in about 100 years.

The new study is the latest in a series of bad news about the Antarctic Ice Sheet. A study published last week in Nature Geoscience found that a major glacier in East Antarctica was likely melting from below, spurred by warmer seawater melting it from underneath.