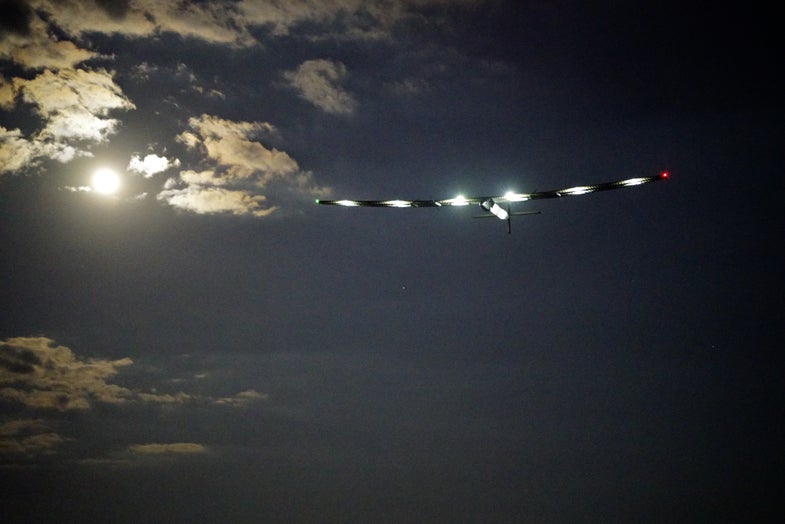 The flight is expected to take at least 90 hours and is the fifteenth leg in a round-the-world journey that started last year in Abu Dhabi. The goal of the flight is to raise awareness about energy-efficient renewable technologies and demonstrate just how far clean technologies can take us.

Just a few hours into the flight, pilot Bertrand Piccard managed to see some amazing sights from the cockpit of the experimental aircraft.

Piccard will only take short 20 minute breaks from flying over the next several days, ​when mission control in Monaco determines that conditions are calm enough to let the plane coast for a while. Piccard will be instantly awakened by alarms and special vibrations in his suit if any conditions change.

The flight across the Atlantic will be slightly shorter than the 118 hour crossing of the Pacific Ocean that Solar Impulse 2 pilot André Borschberg made last Summer.

Check in on the progress of the current Atlantic attempt on the livestream below, which will be broadcasting throughout the flight.