‘Solar Impulse 2’ Flight Around The World Halted Until Early 2016 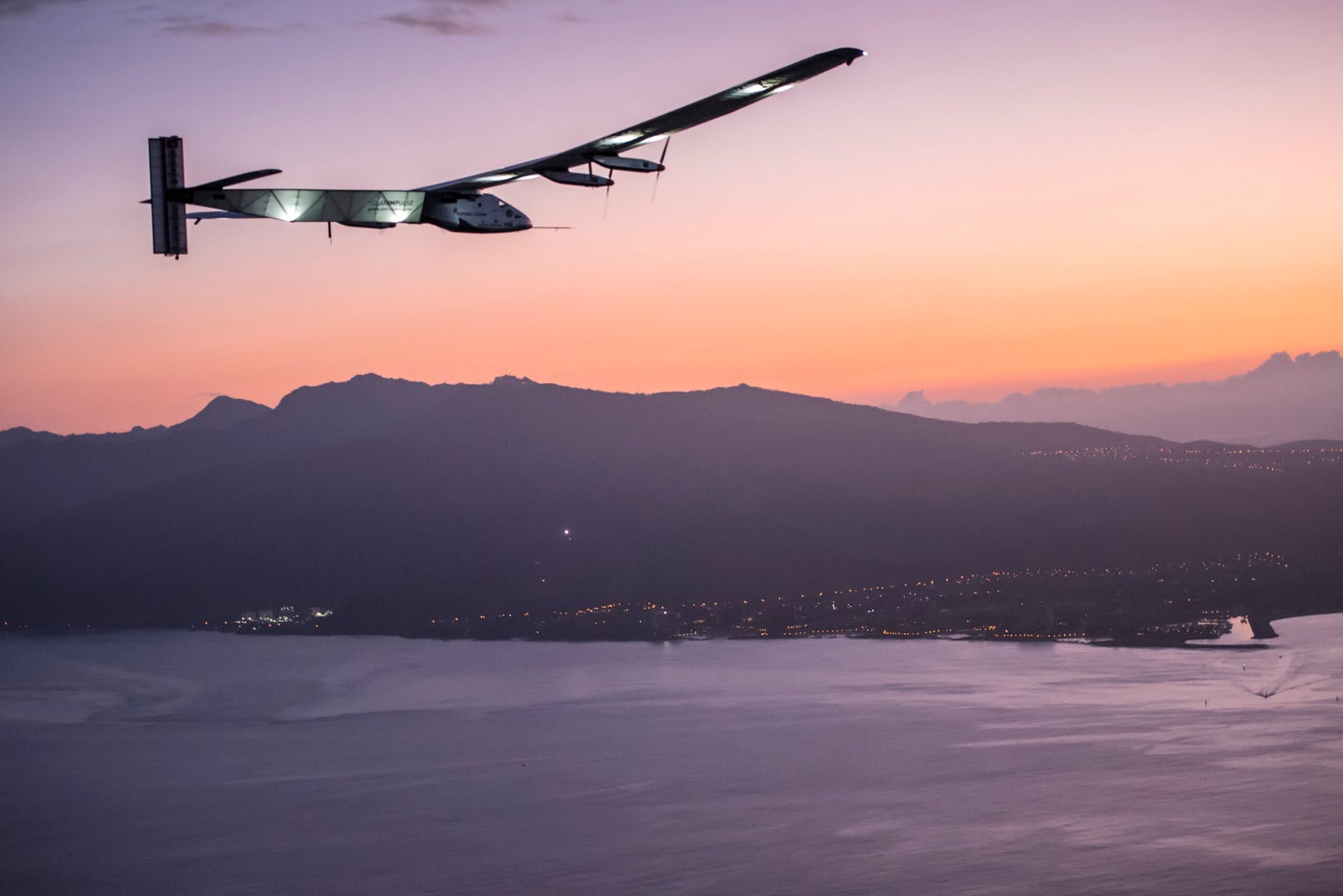 The battery problems on Solar Impulse 2 aren’t going away anytime soon. The batteries, damaged by overheating, won’t be repaired in time for the Solar Impulse team to continue on its round-the-world mission back to Abu Dhabi, where they took to the skies in April.

Even if the team could get the batteries repaired in a few weeks, their window for flying the last few legs of their journey is swiftly closing. As summer wanes and the days get shorter, there is less sunlight available to power the plane, especially on multi-day flights when the power gathered during the day is needed to power the plane at night. The mission will repair the batteries, and remain in their last port of call, Hawaii, before trying again next spring.

You can watch pilot André Borschberg’s statement on the delay here:

Next year, the team will fly from Hawaii to Phoenix, then across the US, eventually making another five day journey over the Atlantic to get from North America to either Europe or Northern Africa. The team already broke records after making a five-day, five-night solo flight across the Pacific earlier this month.