Not everyone’s onboard with the high-speed rail project, which breaks ground Tuesday 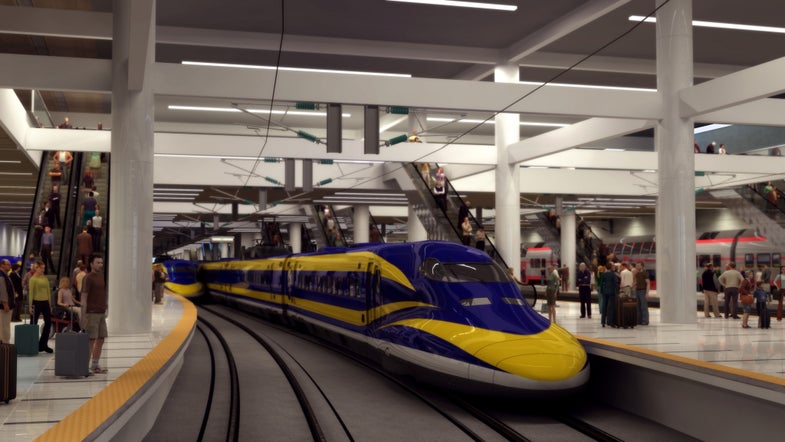 The groundbreaking ceremony has been delayed for two years as politicians bickered over funds and tried to acquire the necessary land and support for the massive project. Even today, only a small portion of the funds and properties have been secured. The Los Angeles Times reports that so far, less than half of the estimated $68 billion has been secured, and that the state has only obtained one-fifth of the land needed for the first stage of construction. Opponents of the project have taken to calling it the ‘Crazy Train’.

But even with the future uncertain, the Authority is plowing ahead, hoping to fulfill a dream that originated in the 1970’s. When the project is finished (hopefully in 2028), the trip between Los Angeles and San Francisco is expected to take only 2 hours and 40 minutes. If all goes well, the trains would eventually run from Sacramento to San Diego.

Perhaps the train’s most ardent supporter is Governor Jerry Brown, who spoke with the San Francisco Chronicle about the project last May, framed the project as a bold and necessary step into the future: