Skull Echoes Are The New Passwords 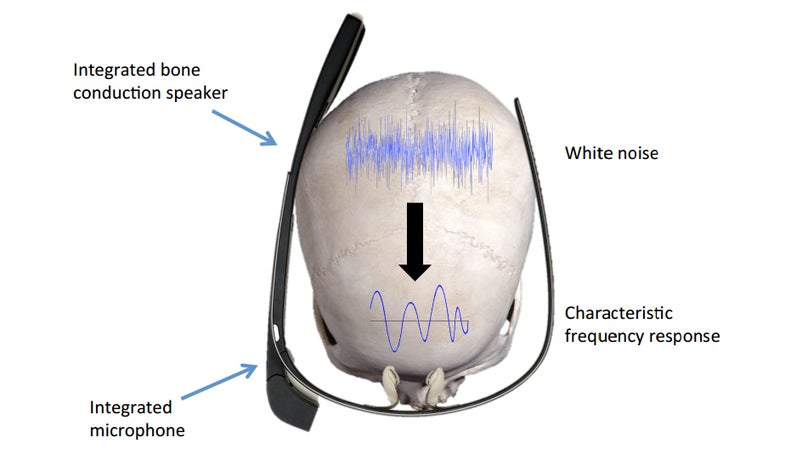 Passwords fail. Human memory is weak, so we pick familiar terms. To avoid familiar terms, logins require long passwords, with numbers and capitalization and special characters. Humans forget these, because they’re complicated, and so they have to answer security questions, which are things familiar to the person, and therefore discoverable. The greatest failure in online security is often fallible memory. Researchers from Perceptual User Interfaces have a better idea, located inside people’s heads. It uses the unique sounds their skulls make.

Essentially, because every skull is different, when the device plays a specific sound pattern into a person’s head, it will make a unique sound back, as it bounces around and reverberates through the user’s head. Once set up, the device can recognize the pattern again when re-worn, creating a new kind of useful password.

The study was small, with just ten users, and it focused on Google Glass, a wearable with as uncertain a fate as any. But the science behind bone conductivity passwords seems pretty sound, so we should listen for similar designs in the future.