This Skateboard Folds In Half To Stow In A Backpack

Thanks to the power of air pressure 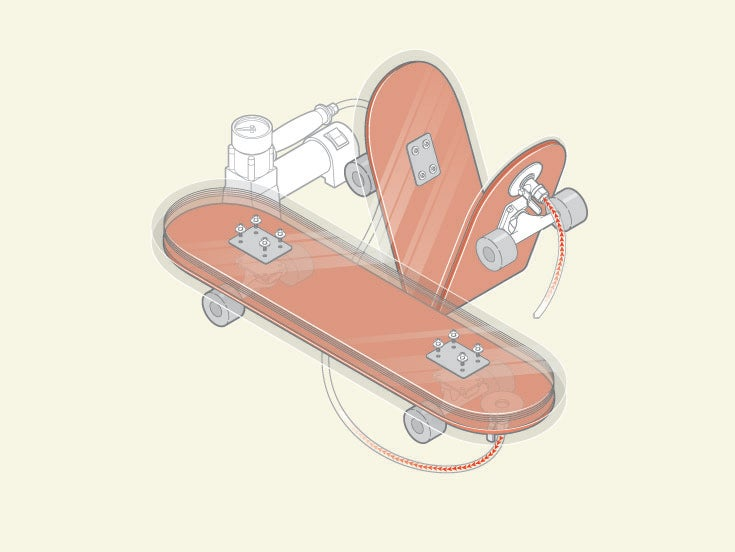 For their final engineering-class project, a team of students at the University of Colorado at Boulder decided to create a jammable material, a flexible substance that acts solid when put under pressure. Juniors Fai Al Mulla, Seth Zegelstein, Sam Oliver, and Justin Olsen tried four different prototypes, and the one that worked best was also made from the cheapest material: construction paper. Layers of the paper could be jammed, or made rigid, if the students sealed them between pieces of plastic and applied pressure by pumping out the air. That experiment soon led to “flappy board”—a skateboard that can be folded in half. “The idea behind this project was for the skateboard to be portable,” says Al Mulla. By folding up the board, users can stash it in a backpack between rides.

A small battery-operated pump can suck the air out of the board through a spout, creating enough pressure to harden the 42 layers of paper inside.

Releasing a valve allows air to re-enter. This relieves the pressure inside the board and makes it foldable.