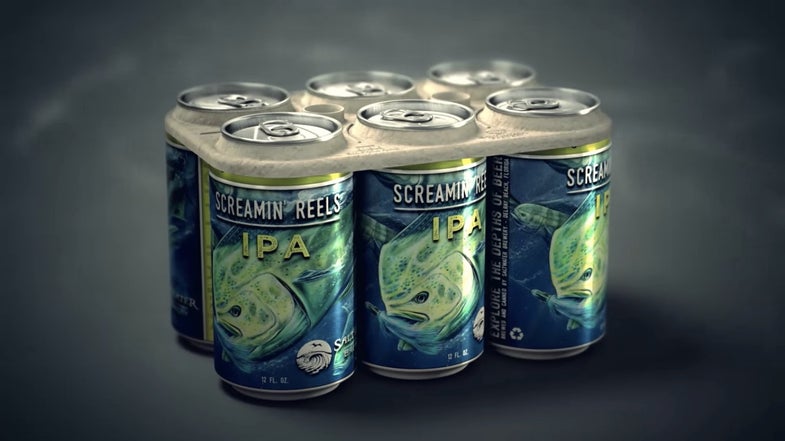 Imagine a world where wildlife drawn to six-pack rings aren’t slowly killed, but treated to a delicious snack.

Well, Saltwater Brewery in Florida has made that dream a reality. Their new six-pack holders are made from brewing byproducts (grains, etc.) and replace the plastic rings that have spent decades killing birds, fish, and anything else that ate or got stuck in the refuse.

While the rings (which decompose if not eaten) are still a new concept, Saltwater is scaling up to use them on all canned products coming from their distillery. Hopefully they’ll also be sharing the design with other craft breweries (and big ones alike) in the future.

That way your weekend beer drinking won’t come at too steep a price to the environment. Just remember to recycle your cans.

For more information on plastic in our oceans, and how the new edible six-pack holders could help, check out this video from Nexus Media.