Should Bioethicists “Get Out Of The Way” Of CRISPR Research?

Steven Pinker claims that will speed up progress 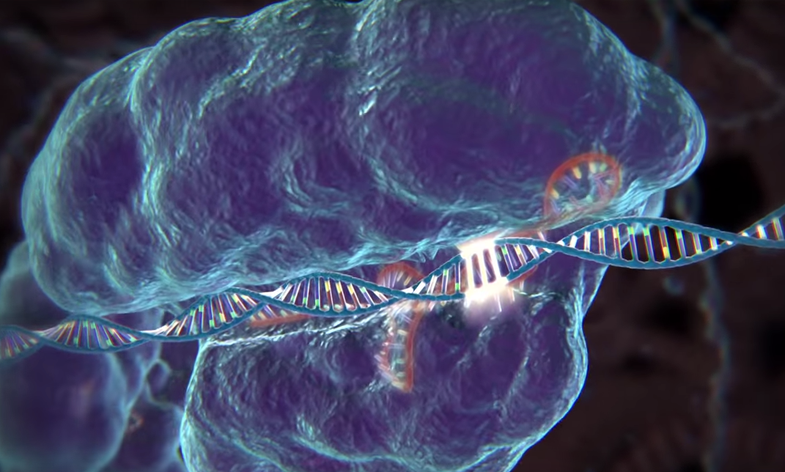 The newly popular enzyme CRISPR-Cas9 has lots of impressive possible applications. Inevitably, it will be used to edit human DNA to fight disease. When a team of Chinese researchers tried this on human embryos for the first time last year, scientists and scientific organizations –along with a few bioethicists–declared that the experiments came too soon, and similar work would not be funded in the United States.

That was a gross overreaction, says psychologist and linguist Steven Pinker in an editorial in the Boston Globe. CRISPR is key to reducing human suffering, Pinker wrote, and bioethicists should strive to “get out of the way” of progress.

I spoke to six bioethicists and ethics commentators to see what Pinker got right about the state of bioethics today, especially in relation to the debate surrounding CRISPR, and where he was off the mark.

Overwhelmingly, bioethicists agree with Pinker that the red tape surrounding scientific research is awful, and there’s way too much of it. Norman Fost, a professor emeritus of pediatrics and bioethics at the University of Wisconsin, mentioned a slew of cases in which scientists who conducted solid, ethical work were threatened with sanctions because the consent form was slightly unclear, or the IRB minutes didn’t note if a quorum was present. “People who promote or support that kind of oversight are not ethicists—those are bureaucrats at a federal regulatory agency with little background in ethics,” Fost says. That’s the kind of procedural over-regulation that should be eliminated—and that has nothing to do with ethicists.

But most that I spoke to agreed that Pinker took such an exaggerated stance in his piece that he distorted the bioethicists’ role. “I think that, like most op-eds, it was designed to be inflammatory and slightly troll-y to get a response. And it was successful on that front,” says Kelly Hills, an ethics blogger and commentator. Others were less diplomatic, saying that the piece is “superficial,” “overly simplistic,” and “employs the lingo of the World Wrestling Federation and is not conducive to collegial interaction or good discourse.”

Bioethicists Aren’t In The Way

Pinker conflates bioethicists’ role of discussing ethics with the role of government panels or institutional review boards (IRBs), which actually regulate research. Bioethicists can work in pretty much any industry, advising on ethical matters both small and large; IRBs consist of many different stakeholders and are expressly charged with vetting new experiments to ensure that they adhere to national, international, and institutional ethical standards. IRBs include scientists who are not affiliated with the research, members whose interests don’t have anything to do with the science, and people who have nothing to do with the institution. Bioethicists can be on IRBs, or not. “If [Pinker’s] experience is that bioethics have tried to slow progress by introducing road blocks, he’s not mistaken—there is some of that. But he is mistaken if he thinks bioethics is only about that,” says Eric Meslin, the director of the Indiana University Center for Bioethics.

Steven Pinker “employs the lingo of the World Wrestling Federation.”

Part of that misunderstanding is that no one—not even bioethicists—agrees on exactly what a bioethicist does. Bioethicists can come from almost any field, with expertise in a huge range of disciplines, and find jobs in universities or government or pharmaceutical companies or non-profits. “We’re still debating if we’re a full profession, if we have credentials and standards against which we can be assessed for quality,” Meslin says. While several institutions offer Masters degrees in bioethics, a bioethicists doesn’t necessarily need one to work in the field.

Several of the ethicists I spoke to noted that the moral conversation around CRISPR exists in the context of the technologies and ethical debates that preceded it. “I think that Pinker is looking at this from the lens of the embryonic stem cell debate from 10 years ago,” says Jonathan Moreno, professor of Medical Ethics and Health Policy at the University of Pennsylvania. “Part of what happened—and I was heavily on one [liberal] side of that—is that bioethics was seen as an opportunity for social conservatives to wrap themselves around a number of issues.”

“We’ve been talking about manipulation of the genome for 40 years, since the 70s—and not just Asilomar [the famous conference on recombinant DNA],” Meslin says. Progressive steps like the sheep clone Dolly, patients dying from gene therapy treatments, the stem cell debate of the early 2000s—all of these echoes are present whenever the ethics of CRISPR come up.

A Question Of Culture

Most bioethicists love science and love progress. They seek to strike a balance between regulation and permission—too much permission, and researchers can ignore societal constructs of morality; too much restriction means progress slows down, and scientists start to operate outside that agreement.

CRISPR is shiny and exciting and new, as other biotechnologies once were. Some work out, but most don’t live up to our (very high) expectations. But CRISPR is different in some important ways—it’s really easy to use, and the debate about its ethics extends to the international stage. Unlike the embryonic stem cell debate, stakeholders aren’t restricted to people who come from more or less the same ethical foundation because it’s happening all over the world. “I think the biggest concern I have [about CRISPR] isn’t superhuman babies taking over the world—the bigger issue is probably going to be one of cross-cultural breakdown,” Hills says. “We should [involve] people who are culturalists and religious experts to navigate that pitfall and the moral expectations that we have when we assume that Westerns are right.”

“Internationally, it’s a challenge to get people to adhere to [ethical agreements],” says David Magnus, the director of the Center for Biomedical Ethics at Stanford University. Sometimes agreements that come out of high-profile organizations like the National Academy of Sciences, can have enough heft to affect research outside the U.S. But Magnus thinks that it’ll happen on its own if ethicists can come up with just the right ethical balance.

“To get scientists to buy in, I’m a big believer in self-regulation,” Magnus says. “If we find the sweet spot [between restriction and permission in research] and make the case right, it will work. And that process has to involve input from the scientific community.” International accords exist, like the Declaration of Health and Safety set up in the 1990s from the World Health Organization, but these are very difficult to formulate and rarely have legal teeth to enforce them.

Overall the bioethicists I spoke to were split about whether it’s true, as Pinker claims, that “ample safeguards” for ethical research are currently in place. Some were convinced that CRISPR could transform our world for the better; others less so. Most thought that the Chinese researchers did nothing morally reprehensible in using CRISPR on non-viable human embryos, and were quick to point out that those who were up in arms were scientists themselves, not bioethicists.

But they did agree that bioethicists need to be more–not less–involved in the conversation about CRISPR. For technologies that have the capacity to disrupt the world of research and medicine as we know it, everyone–researchers, politicians, sociologists, theologists, average citizens all over the world–must be drawn in to the discussion. On a basic level, people don’t need bioethics credentials to care, or even lead a discussion. 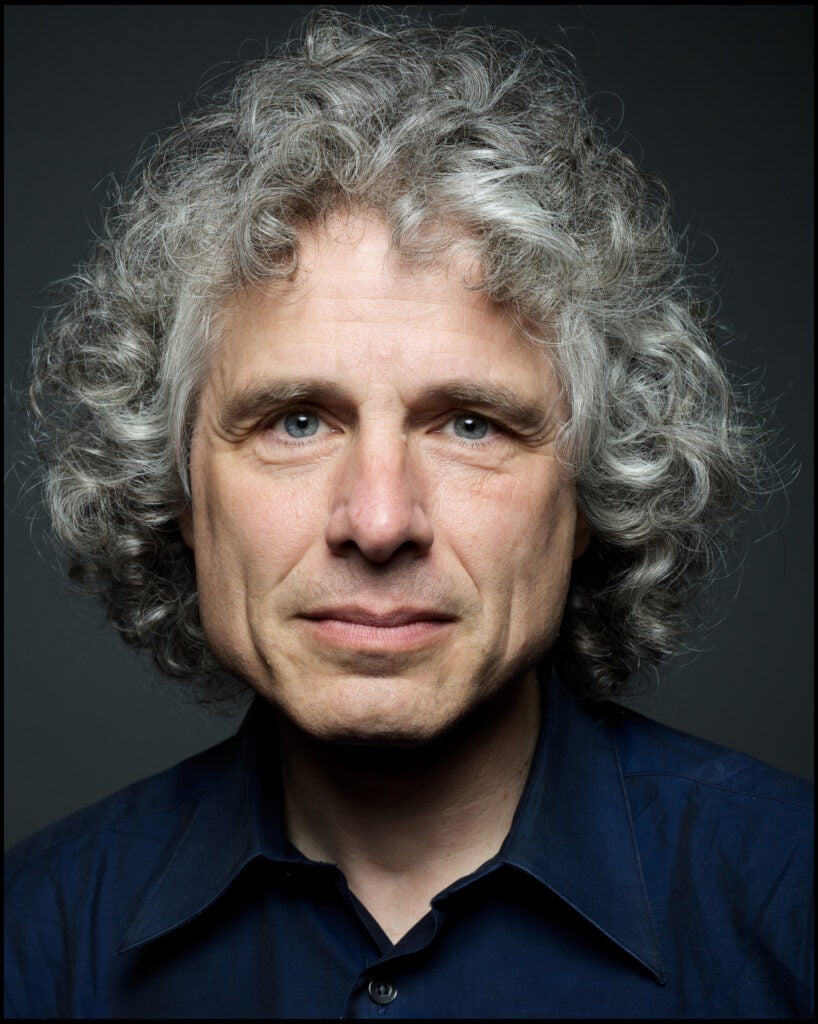 CRISPR is still in its early days, but that’s all the more reason to think about the ethics now. “Reasonable investigators should proceed with the utmost caution,” says David Lemberg, the founding editor of Bioethics Today and associate faculty professor in the Department of Community Health at National University. “Dealing with harms as they arise [as Pinker suggests] is reactive, not proactive.”

We don’t need bioethicists to get out of the way. We need them to help us make the right well-balanced agreement and help guide scientists currently functioning in the Wild West of CRISPR ethics. Because for hundreds of years, we’ve seen what happens without one–researchers commit horrible human rights violations when they test hypotheses on unsuspecting or ill-informed participants, all in the name of scientific progress. And while many of these concerns don’t pertain to CRISPR, some worry that changes made to human genes could have unintentional or unpredictable consequences for future generations who cannot consent.

“The role for bioethicists—and of all stakeholders representing numerous interest groups—is to oversee such research and to limit its conduct based on the precautionary principle,” Lemberg says. “Just because we can do a thing doesn’t mean we should do the thing.

In the end, Pinker is wrong. We need bioethicists–now more than ever. But discussing the ethics doesn’t have to slow progress. Having more of these conversations can ensure that the progress is the kind that we, as a society, want it to be.