This shark researcher survived an attack…from a crocodile

The toothy animals share some habits—like testing things with their mouths. 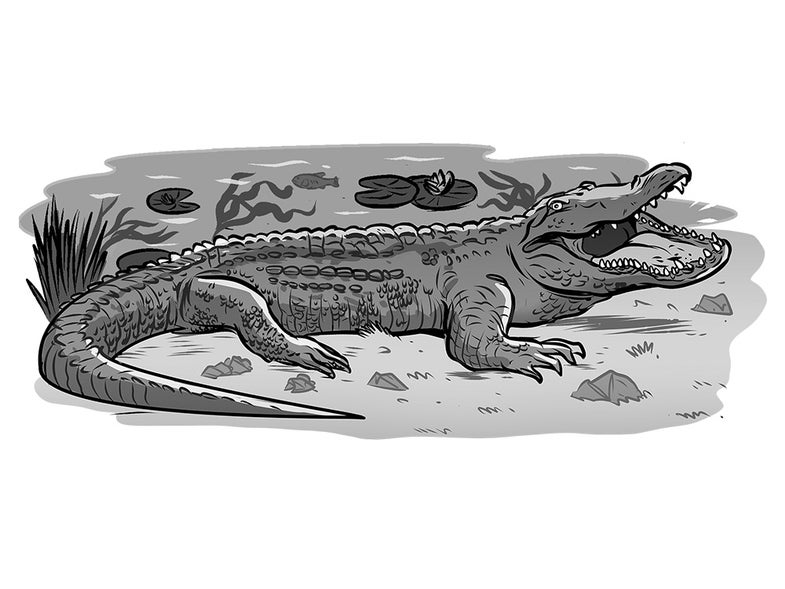 As a shark biologist, I know study­ing big predators has risks. Earlier this year, I went to Cuba to film a segment about hammerheads for Discovery Channel’s Shark Week. I was kneeling on the sea­floor when I felt a hard, intense pres­sure on my lower left leg. Then some­thing started slowly dragging me backward. But it wasn’t a shark.

We had seen a crocodile earlier on that dive, and I quickly realized one of them had me. I kept telling myself not to panic: I had a scuba tank of oxygen and wasn’t yet in pain. Thanks to my experience with sharks, I suspected the reptile wasn’t trying to eat me—both animals use exploratory chomps to figure out what something is. Still, saltwater crocs have one of the most powerful bites in the world; if I moved my leg, it could clamp down harder, breaking my bones or puncturing an artery. I tried to hold on to something, but we were in a sandy area with nothing, not even a rock, for me to grab.

After pulling me for maybe five or 10 seconds—which felt much longer—the animal realized I wasn’t its usual prey (my neoprene suit probably helped) and released me. I survived with the limb intact, and only ugly purple scars to show for my close encounter.

As told to Lexi Krupp