Hey, who turned on the lights? London isn’t exactly known for its bright and sunny climate, so the idea of more skyscrapers darkening the horizon of that metropolis isn’t very appealing to people who enjoy seeing the sun every once in a while. But the skyscrapers are coming. A projected 250 are planned for the city, and designers are developing solutions that might give Londoners a brighter future.

One design that’s been getting a lot of attention was developed by architecture firm NBBJ, and seeks to eliminate the chilly dark spaces around a building by using another building to help reflect sunlight into shadowy spaces.

The mirrored faces of the buildings bounce light between the two, making sure that light actually reaches the ground below. Unlike other notoriously hot London Skyscrapers, the light that reaches the ground will be warming rather than burning, so it won’t melt things. A similar concept is already in use in other locations in Europe, where mirrors reflect light into towns situated in dark valleys. 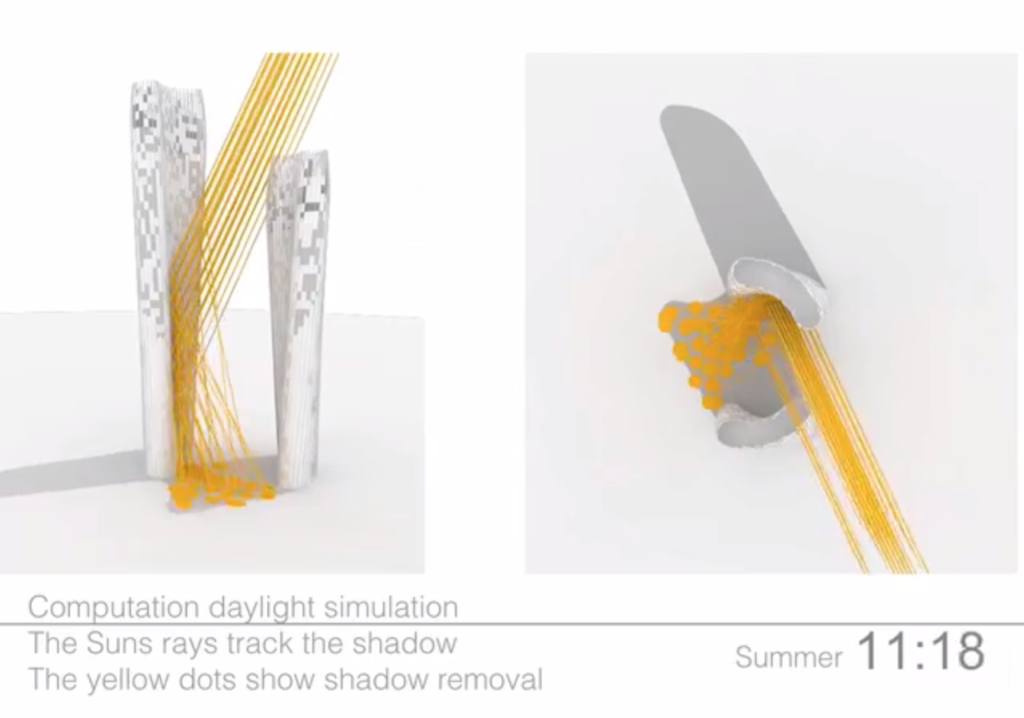 The proposed design is for a very specific place, in Greenwich, near the Prime Meridian. The architects used a special algorithm to figure out the ideal placement of the two buildings in relation to the sun. In other cities, plans might require a bit of an adjustment.

“In a hot [city] like Dubai, what you might do is modify the form so you have less reflection in summer,” Christian Coop, design director in NBBJ’s London office told Co.Design.