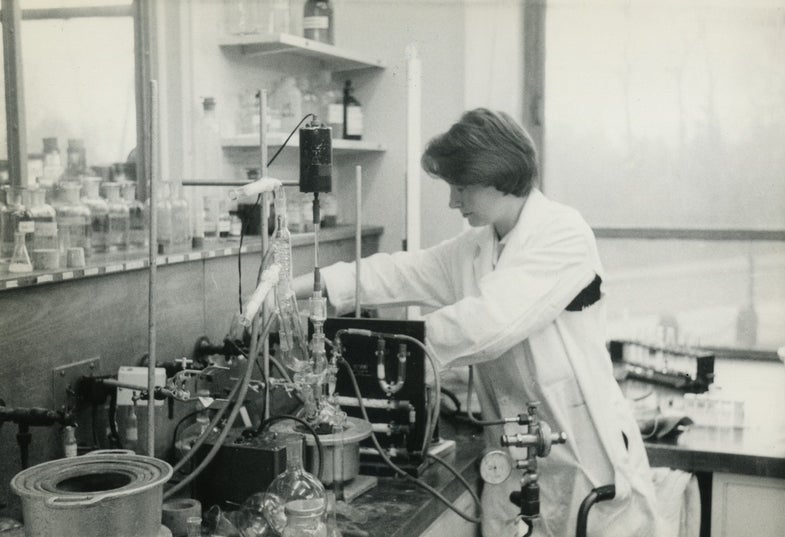 Tim Hunt is a nobel-prize-winning biochemist, with an apparently well-earned reputation of chauvinism. Speaking to a conference of science journalists earlier this week, he said “Let me tell you about my trouble with girls … three things happen when they are in the lab … You fall in love with them, they fall in love with you and when you criticize them, they cry.” That’s an absurd, sexist thing to say, and the subsequent outcry on Twitter was immediate and vast.

Under the hashtag #DistractinglySexy, women scientists, engineers, researchers, and lab workers have all taken to social media, uploading pictures of themselves in lab-appropriate gear doing science. Tim Hunt responded to the outcry by apologizing for giving the remarks in front of a crowd of journalists, and then mostly standing by his previous remarks.

In contrast to Hunt’s remarks, the tweets under the hashtag offer an alternative, inclusive, and affirming vision of what labs can be like and how science should strive to be. Read some tweets below: