Yes, having sex makes you better at your job

It may be NSFW, but it’s a safe bet for improving your workplace productivity 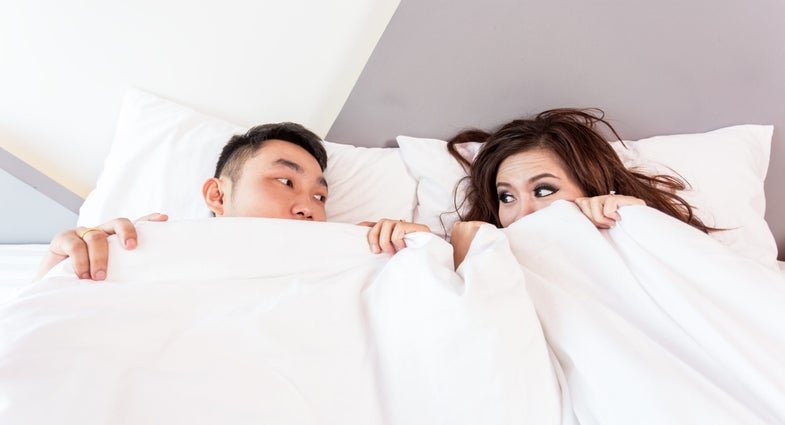 Newsflash: engaging in an activity like sex that feeds the pleasure and reward centers of your brain helps you feel happier and more motivated the next day.

This might shock you, but research shows that having sex generally improves your mood through the next day. And when you feel happier, you tend to be more productive at work and thus more successful. Now there’s even more evidence that funny business can be good for business: Researchers asked 159 married people to take twice-daily surveys about their moods for two weeks and published their findings in the Journal of Management. They found that the positive boost from sexy times lasted about 24 hours, and resulted in employees reporting more satisfaction and engagement at work. The effect even lasted after controlling for overall marital satisfaction, so it wasn’t just that happy married couples were likely to have more sex and, being blissfully wed and all, just happened to also do better at work. And men and women saw the same effect.

All joking aside, it’s important to maintain your mental health if you’re going to be a productive employee. And for a lot of people, that includes having a satisfying sex life—whatever that means for you. Most couples probably have sex in the evening, when both people are home, but one official in small-town Sweden wants employees to be able to pick an hour from their workday and devote it to sex instead.

So bringing sex to work—strictly metaphorically—helps your productivity. Bringing work home to sex doesn’t. People who couldn’t fully leave the office at the end of the day had worse sex lives, according to the study. Surprise, surprise: getting constant updates from your phone about your ever-growing pile of unread emails isn’t great for your stress levels. France went so far as to pass a law granting workers the right to ignore their email after work hours. That’s a major step towards promoting mental health, but let’s just take a moment to realize that we live in a world where we need a law to make it okay not to respond to your boss at 10pm on a Saturday night. Yikes.

Maybe next time, instead of taking a long lunch, you and your sweetie should get yourselves a little afternoon delight. Just tell your boss it’ll make you more productive—it’s like a standing desk, except there’s actually scientific proof that it works.