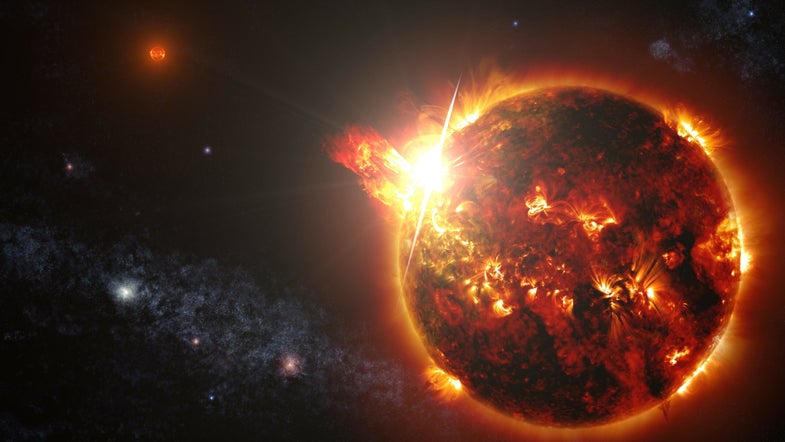 The SETI Institute just expanded its Search for Extraterrestrial Intelligence to 20,000 new star systems, listening for radio signals produced by any intelligent life that might be living there.

The difference between these star systems and the many star systems already observed by the institute’s arrays is that these are red dwarfs, smaller and cooler than our own Sun.

“Red dwarfs – the dim bulbs of the cosmos – have received scant attention by SETI scientists in the past,” SETI engineer Jon Richards said. “That’s because researchers made the seemingly reasonable assumption that other intelligent species would be on planets orbiting stars similar to the Sun.”

But now, researchers are making other assumptions. While red dwarfs are smaller and cooler than our sun, with a smaller habitable zone for planets, there are also a lot more red dwarfs than stars like our Sun, and scientists don’t want to rule anything out.

In fact, three out of every four stars are red dwarfs, and recent estimates project that even though many of these have tiny habitable zones (areas around a star where a planet could orbit and be able to sustain life), between one-sixth and half of all red dwarfs might have a planet in that habitable zone.

Over the next two years, scientists from the institute will examine 20,000 of these stars, focusing on basic radio frequencies.

We’ll listen in for the news, and keep you posted.