Almost as good as the flat video version 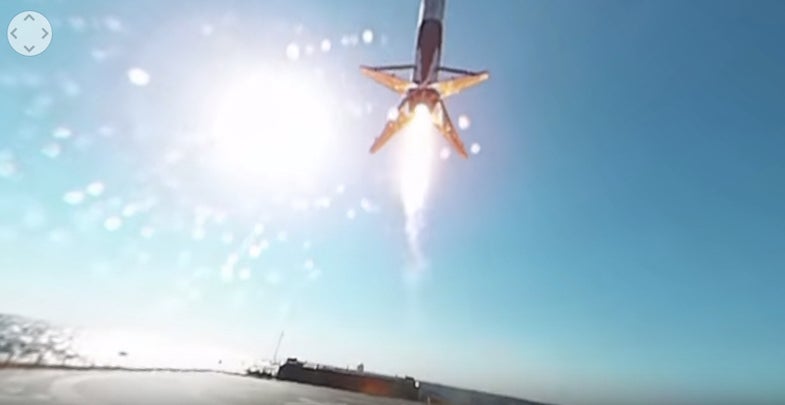 Remember earlier this month when SpaceX succeeded in landing its Falcon 9 rocket first-stage booster on a drone ship out in the Atlantic for the first time ever (and the first time ever by any private company)? That was pretty cool. Now the company has released a new 360-degree video of the historic landing on YouTube. Personally, I still prefer the flat video captured from afar. Watch it here. TGIF!