Behold Pluto In All Its Majesty

New images zero in on the former planet's diverse surface 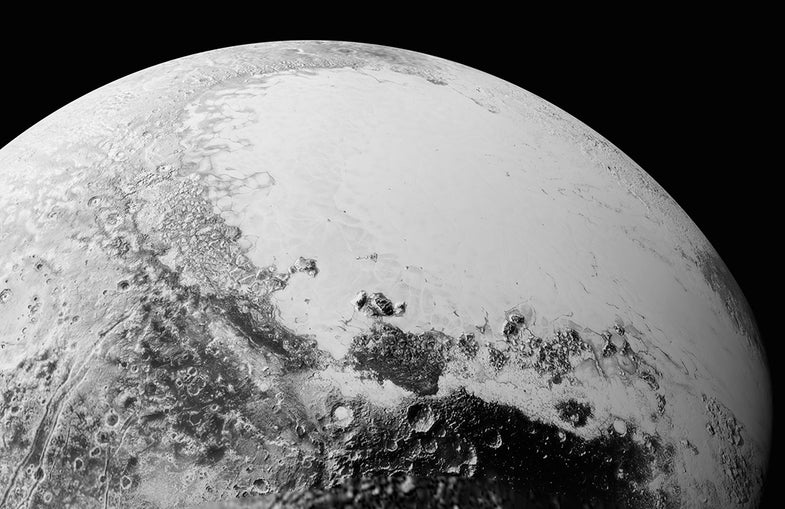 “The surface of Pluto is every bit as complex as that of Mars,” said New Horizons geologist Jeff Moore. This view (from about 1,100 miles above Pluto's equator) shows a dark, heavily cratered region near the equator as well as the smoother, younger plains to the north. NASA/JHUAPL/SwRI
SHARE

With its passage through the Pluto system safely navigated, New Horizons can now focus on sending images and data back to Earth. The spacecraft began an intensive data downlink on September 5, but even with its efforts focused on sending back data, it’s going to take about a year for all the information to cross the 3 billion miles to Earth. Still, the images so far have been breathtaking, and this newest batch shows they just keep getting better and better.