Solar-powered plane continues its journey around the world 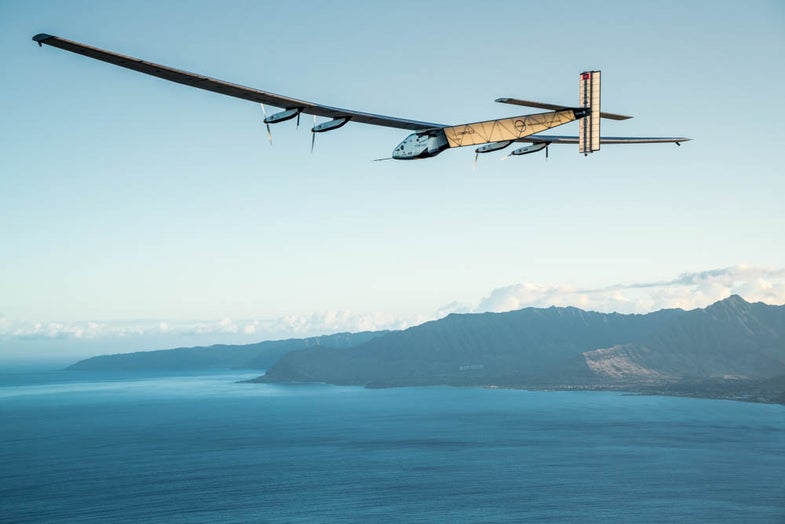 It's a long trip alone, but Piccard is the latest in a line of aviators to fly solo from California to Hawaii. Amelia Earhart made the trip in 18 hours. Solar Impulse
SHARE 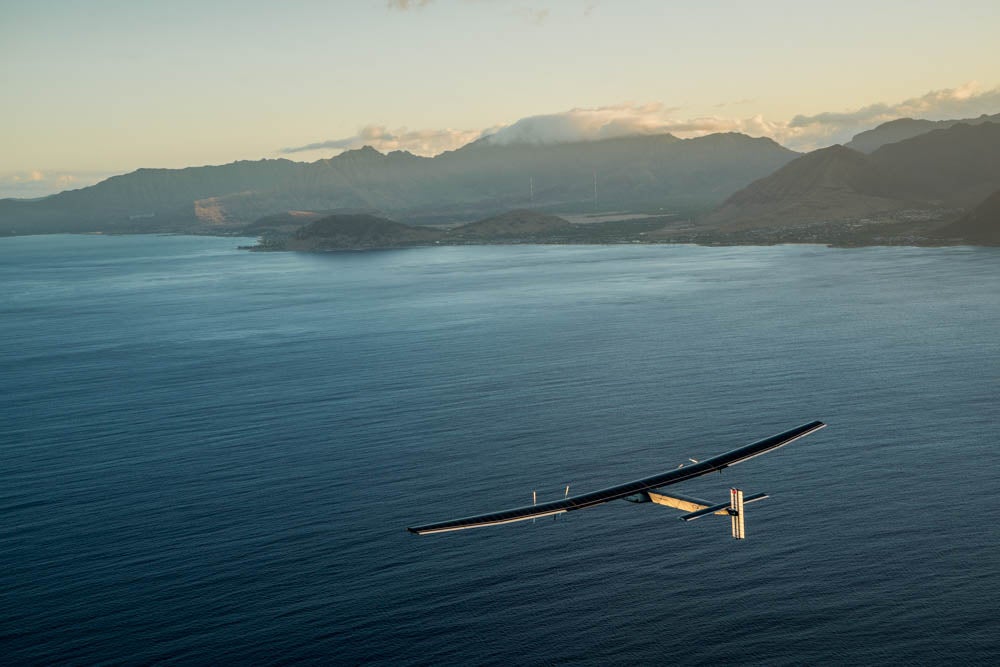 A typical commercial flight from Hawaii to San Francisco takes a little over five hours. On Saturday, pilot Bertrand Piccard completed the journey in 62.5 hours in a plane entirely powered by the sun.

The Solar Impulse 2 took off from Hawaii on Thursday, landing in Mountain View, California on Saturday evening, the latest leg in its round-the-world tour that started in Abu Dhabi in March of 2015.

One of the goals of Solar Impulse 2’s flight (beyond making it back to the start/finish line in Abu Dhabi) is to raise awareness and generate support for cleaner, greener technologies, a goal shared by others around the world. While Solar Impulse 2 hovered over the Pacific, the Paris Agreement on Climate Change was being signed at UN headquarters in New York. Piccard spoke to Secretary-General of the UN, Ban Ki-moon, during the flight.

The next leg of their journey will take them from Mountain View, CA, to somewhere in the Central United States at a still-to-be determined date.

In the meantime, take a look through some of the images from their most recent flight. 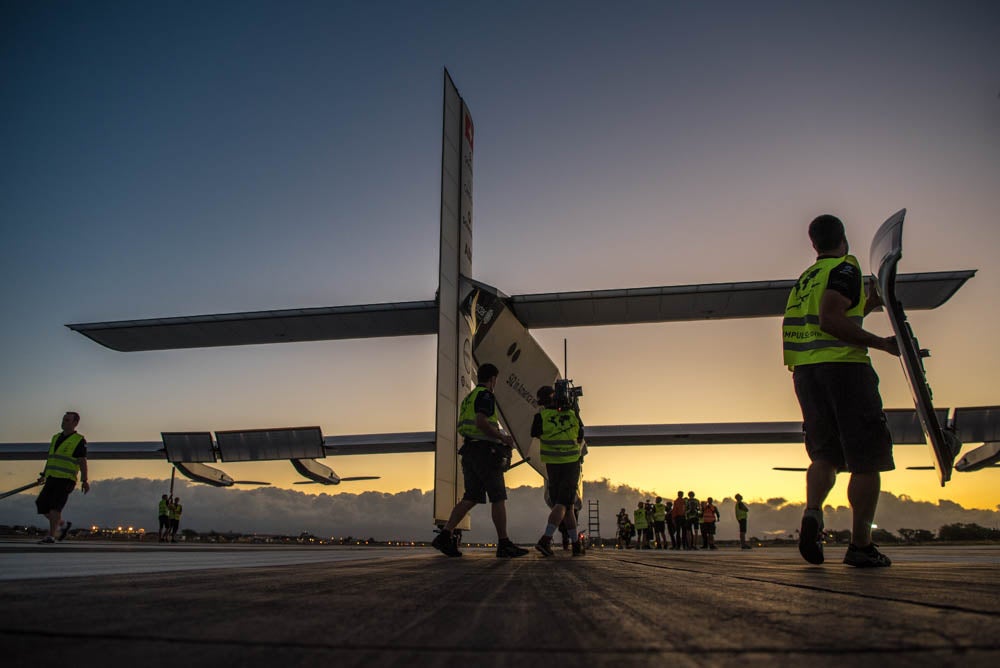 The ground crew prepares the plane for takeoff. 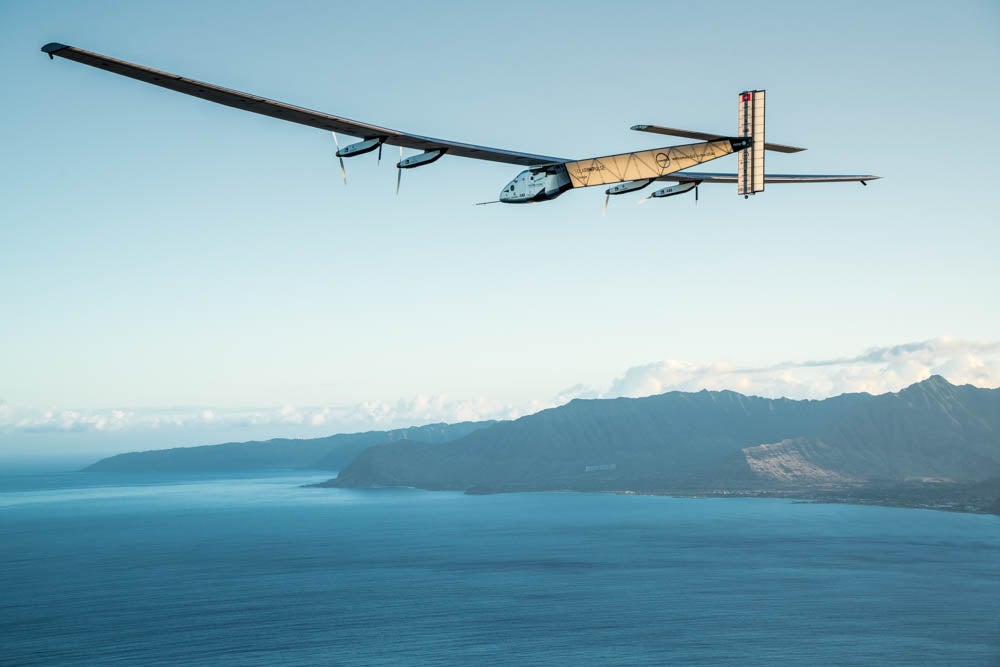 It’s a long trip alone, but Piccard is the latest in a line of aviators to fly solo from California to Hawaii. Amelia Earhart made the trip in 18 hours. 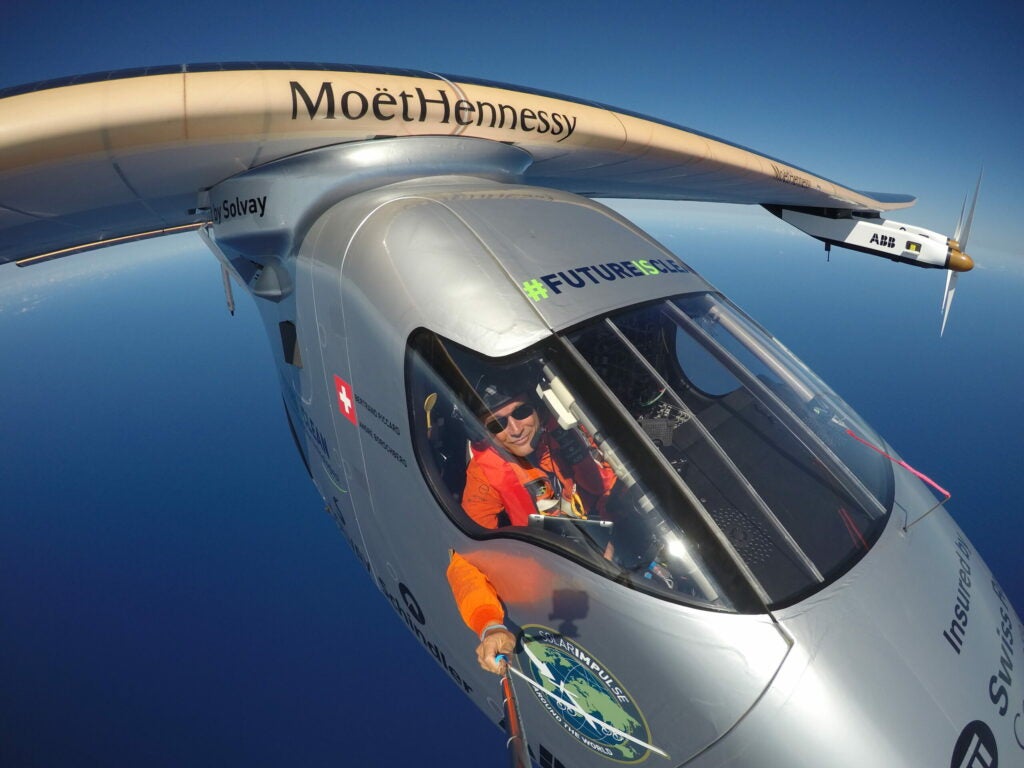 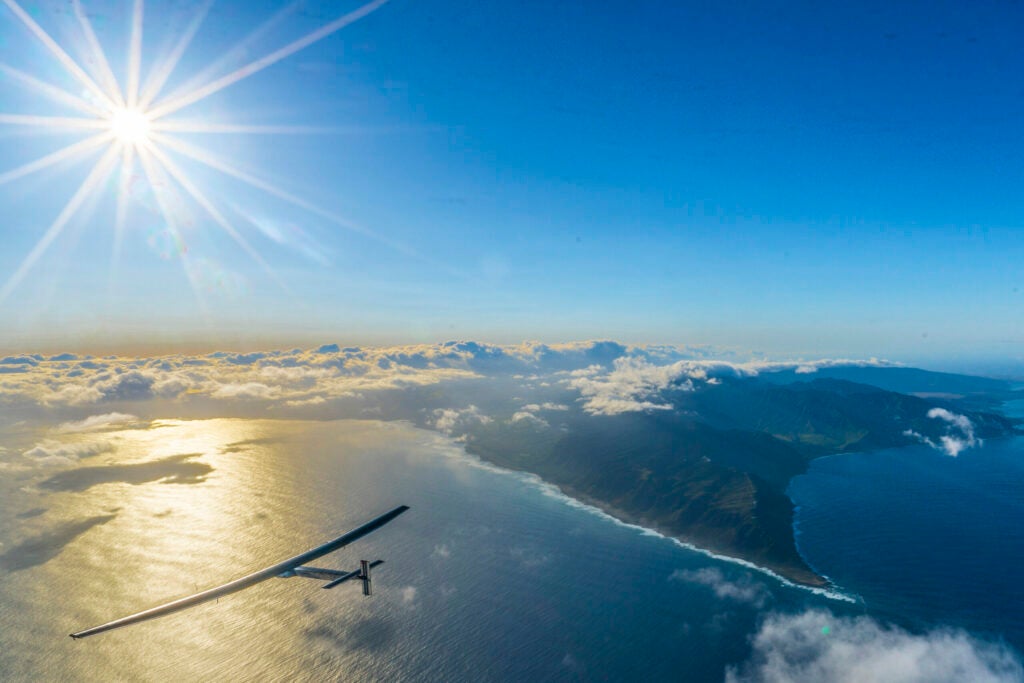 Oh What A Day!

Piccard had lovely weather for his 62+ hour flight. 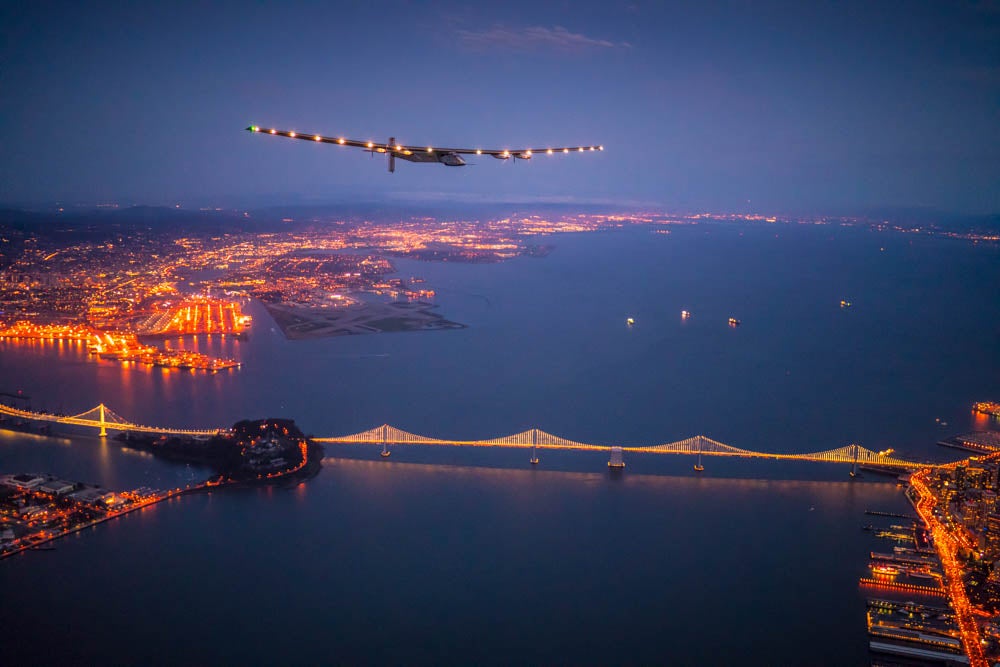