See Every Landslide Caused By Rain Since 2007 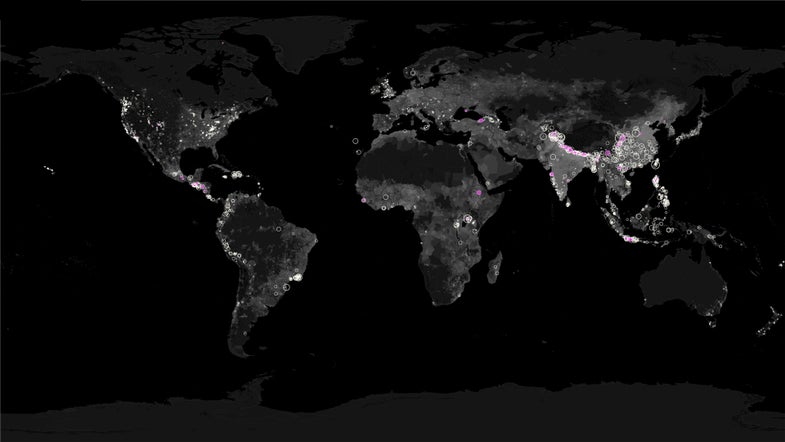 Rainfall can be wonderful, but only in moderation. Heavy, prolonged downpours can end in disaster, causing severe flooding, and even landslides. Unlike other natural disasters like hurricanes, volcanos and earthquakes, landslides weren’t historically tracked or noted. But NASA is slowly changing that.

Starting in 2010, NASA began releasing a Global Landslide Catalogue, a database that compiles reports of landslides from all over the world, including their location, any fatalities associated with the event, and what kind of rainfall was happening in the area. It is the only catalog of this type in the world.

Between 2007 and 2015, over 25,000 people died in landslides all across the world. The NASA researchers hope that by mapping out the locations where landslides occur, and comparing that with satellite data showing rainfall, they can better predict when and where landslides might happen in the future. As it is, they now know that most major landslides happen in the summer in the northern hemisphere, during the rainy season, and most of the deaths associated with landslides occur in Asia and Southeast Asia.